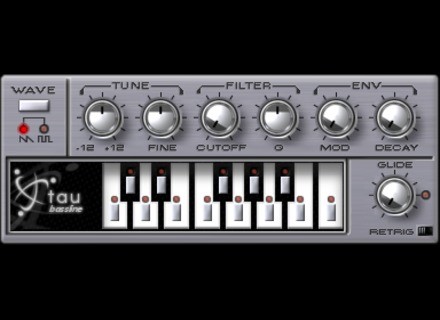 Published on 06/11/11
Muon Software has announced the release of Tau Bassline 10th Anniversary Edition, an update of Muon Software's original free synth that was discontinued long-ago.