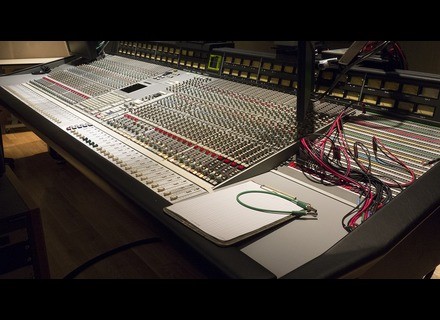 SSL 4000 G+
5
The SSL 4000 G+ is an extremely famous and highly popular analog console used by professionals in all sorts of popular music. It has 48 channels that each have a preamp and a parametric EQ. It also has a few built in compressors as well as a ton of other features that would take way too long to go into here, but I would recommend those truly interested to look up the specs on this console, as they are pretty easy to find.

I first used the SSL 4000 G+ console about four years ago and I have been unable to replicate the sounds I get with this console with any other type of console. While my first choice for recording consoles is Neve, the SSL has a totally different quality to them and while both console are great, they simple excel best in different places. If you are recording popular music I believe there is no better console than the SSL 4000 G+, but if you are after a more vintage sound, Neve is the way to go. The SSL 4000 G+ is one of the most popular consoles ever made for a reason and I expect to see this beauty around and being widely used for years and years to come.