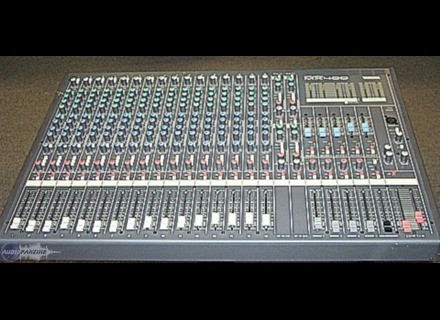 Guillaume1979's review (This content has been automatically translated from French)

Connectors XLR / Jack combo not on mic / line inputs
Jack and RCA stereo line inputs.
Tape in / out in CAR.
Talk Back.
XLR outputs for master and for Jack and the bus.

This is an analog console.
Nothing could be simpler to operate
The VU meter on the output bus and master are very convenient.

In my opinion it is very strong

SOUND! This is most unusual in this console.
Having just roved on analog and digital consoles, there was the surprise.
They gave me this console and was expecting to something rather out of date and correct to the best ... The bestiolle was dusty and did not seem to have served for many years. The weight of the animal, its yellow faders, 80 years her look, let me point to a well and a loud blast unusable ...
But when I heard the preamp ... the slap!
Punch rarely seen on the console preamps yamaha mid-range and breath tests during my non-existent (I plugged in my headphones, ATH-M40fs audiotechnica a rather brilliant, I just pushed all the way but the little breath I was able to collect only came from the microphone)
Équalo level is same, it works very well and does not add breath. Fine acute that are not bad, although serious round as the old medium and a stamp that would be an enhancer for almost ...
I said what is down there? (In fact there is high-end preamp with yam)

I've had 3 / 4 months, I love everything especially the sound.
Well I'm going to make a small criticism, it weighs at least 25 pounds and there is no level meter on the inputs (although there is a light to signal peaks and modulation)
I've tried a good handful of consoles and that's why I'm in ecstasy almost all Yamaha consoles in the market, the Soundcraft ghost (big stew by the way), the Soundcraft MegaStage (very nice), the Midas Venice (they better watch out), the Allen & Health, the Tascam, the soundtracks too (it was) and even a bit of Sony, not to mention the preamp, Avalon, TLA, RME ... (Unfortunately, I tested it in benefits or the studio and has none of these devices and it is also why I defended my little MX400 Yam)
Quality / price ratio, which have not paid, I will not comment