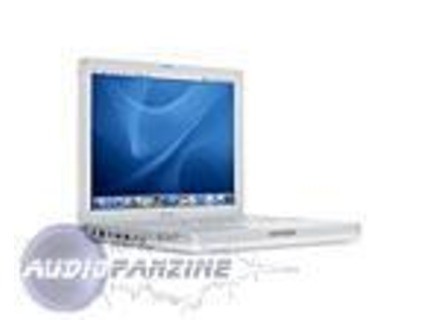 Apple iBook G4 1,2G/14"/256/60/CB
5
I use it since January 2004 ... Before, j'tais PC. Far be it from me to enable ide polmique sincrement but I do not regret that choice. I love the conviviality of OSX (Panther). I like the fact that it does not plant me. I like the simplicity of use, that one is not need to feel ingnieur computer to use it.
This is my first Mac. I would have a hard board on PC. With this computer, it is the very first time that a j'achte computer hardware without feeling of me having.
Obviously, the price is related to the quality lv but then no more than a laptop having the same performance.
I would do absolutely choice.
Did you find this review helpful?yesno
»

ziarn's review (This content has been automatically translated from French)

Apple iBook G4 1,2G/14"/256/60/CB
5
I had my little iBook to nol (thank you my dear wife). I have not had the opportunity to test a USB or FW audio interface, but knowing the phones and office machines PC and Mac, I can say that within an hour of use can be aware of the quality the bte.
I will give more information about the audio when I could test it with an interface.
Two small BMOL:
- 256 MB of RAM is a bit short
- No audio input (unlike the powerbook)
Did you find this review helpful?yesno
»