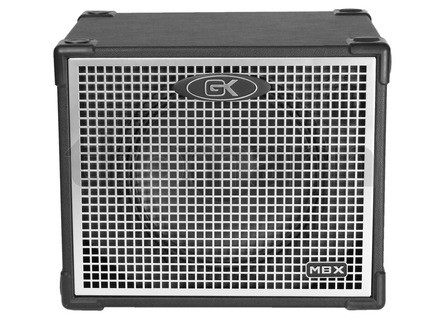 Gallien Krueger 115MBX
4
I was looking for a cabinet easy to transport, to replace a Hartke 410XL. The MBX 115, with 200 W to 18.5 kg, was quite tempting, especially considering the price.

Aimed at rehearsal (metal, hard enough) and for the medium stage, assisted by the PA, therefore in a position to return.

I use an EQ dug enough, so I'm looking especially good bass and a good smacking. This baffle is good both ways. The bass is good until If serious. For acute: it is a 15 ", but it sends a very good attack. A peculiarity: it develops a bright sound that loud volume. Hartke aluminum cones, in contrast, are bright even in his mini. But this is not a cabinet intended for use "home" anyway.

Twitter by the piezo against a catastrophe: it brings to my mind no "more" sound, for it amplifies up against all the winds and pests. Fortunately, it is deactivated. I only ever active.

I use it for about 6 months. He made rehearsals and scenes averages, without having to blush in the middle of two guitarists.

I owned a Hartke 410XL for a long time, which I was perfectly satisfied, except for the bulk and weight. The MBX 115 is highly portable at less than 20 kg. This is really the good thing about this cabinet. Speakon connectors is also much stronger than the jack inputs which tend to unscrew themselves.

The value I think is excellent. With a larger budget, I would have opted for a Markbass, even lighter and more powerful, but the price difference is still prohibitive. I would do such a choice ears plugged.