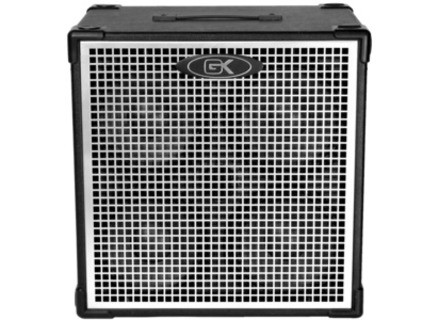 SlapKid's review (This content has been automatically translated from French)" Superlight and 4 ohms, top practice"

Gallien Krueger 410MBE
3
The thing weighs 21 kg breaking everything is made of basswood plywood with substantial reinforcements in history that nothing is twisted. Zero padding, 4 bowls of 10pouces 16ohms eight holes and sturdy aluminum bowl and of course neodymium magnet riquiqui. Hp are attached via screws parker, in front, and is covered with Tolex baffleboard to kill any vibration in the parasite egg (my chick).
Wiring to the most basic to the rather light 4x200wrms ...
Tweeter switchable on / off, phew. More Speakon jack, ràs.
I took two good okaz appeared and I was weak!

Surprise, the sound is very big / matt is accurate and that jute well. I expected a different tone in fact.
Not much treble without the tweeter, and it's great for fretless five.
With PJ4 (passive), the slap is nice because it is very well kept as sound and tweeter good slap.
The spectrum is rather dark, and lack of high-mid (or low-treble ...), better to try before purchase.
So I Matiné the second box with two Celestion BL10-100 16ohms, and the result is much more musical in the midrange and treble. Against by the box sounds less serious and do well there should be a little batting to Celestion to avoid certain resonance not too nice. The original gk are provided for a naked box and closed the Celestion not.
Originally the sound is 6/10 or a bit less.
The Celestion in question are more efficient and therefore predominate, and with them the box is a good heavier end.

The amp I use is already quite dark (bebert bx3000d) therefore does not help actually. I will test the original box with another head as soon as possible and will update.
The surprise is downright big sound box, it looks like more a good 15 inch matte pulse.
Between big bass and treble tweeter there is a holy dip in the high mids, I do not know what to think of the concept. Considering the price we still will not change the half hp unless already have them in stock ...
Finally, it will do the job, especially with a very effective head with EQ and this is what is missing (feather weight and more) these days. For fun I chose something else, so what if it's heavier it will be stationary, to each his job and everyone is happy.