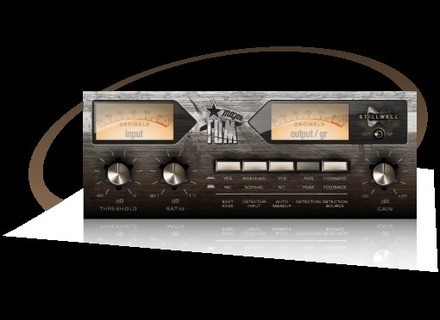 Stillwell Audio Major Tom
5
Installing Stillwell Audio's Major Tom plug-in was an easy process overall as it didn't take me too much time to get the plug-in up and running.  I didn't have any compatibility problems, but since it is a VST plug-in I had to use the FXpansion VST to RTAS wrapper in order to use this in Pro Tools.  The interface of the software is extremely user friendly as there isn't too much out of the ordinary going on.  You've simply got knobs for threshold, ratio, and gain, as well as a variety of buttons including for soft knee and setting the meters.  Even if you don't have much experience with compression plug-ins, if you know the basic features associated with compressor you should be all set and should be able to get by without needing a manual.

I am currently running the Stillwell Audio Major Tom plug-in on a Mac Book Pro that has a 2.2 Ghz Intel Core 2 Duo processor and 4 GB of RAM.  I run the plug-in in Pro Tools LE 7.4 using the FXpansion VST to RTAS converter since this plug-in only comes in VST and Audio Units formats.  I run Pro Tools LE with a Digi 002R audio interface and I find that within this configuration I'm able to run this plug-in no problem.  I haven't gotten to the point where I have needed to use more than a few of these at a time, but I've definitely been able to run at least three or four of these without a problem within a single session...

For the price, Stillwell Audio's Major Tom is an incredible deal.  It is about as cheap as you will see a plug-in of this type, although it would be nice if they had an RTAS version for those who don't have the VST to RTAS converter.  The sound quality of the plug-in is really good, but isn't anything out of the ordinary as far as compression plug-ins go.  Having said that, if you are a home or professional studio owner looking for a dirt cheap compression plug-in that is easy to use and has a good sound, definitely check out Major Tom and the entire line of plug-ins that Stillwell has to offer as they are some of the best bang for your buck in terms of plug-ins.