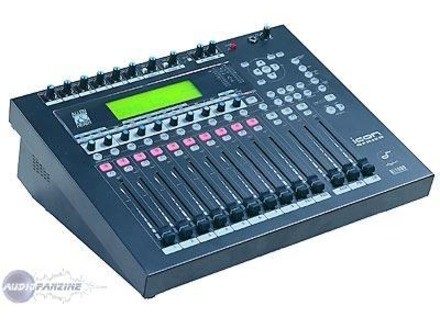 jimiric90's review (This content has been automatically translated from French)

This small-intuitive console trs
"It is the console numrique the simple handling + (CSTA direct all functions)
It is used as an analog and so is the use of "live"
-Manual in English only but trs well done for those who practice!

Trs-only 20bit but the high-end console output
Ms. remark-
The TRS-hot (it's british!) With good dynamic

-Intensive use (sound, sound, etc. ..) in places not always clean since 1999 trs
"It is a well thought trs console for the user. Only she does not have enough I / O
to a large training
Oh yes a lot .....
-Honestly, the era produced a c'tait CHRE the 01V + and aujoud'hui I see it is in
some stores sell out 550-650, so great purchase not to be missed!
Yes, no problem ... As long as you do not need tons DEnter / outputs.
Did you find this review helpful?yesno
»

Allen & Heath DL-1000
5
6 mono channels Jack or XLR, 2 channels mono or stereo XLR Jack. The last 2 lanes each have more RCA inputs which can be used in conjunction with input jack (enables you to mix two synths in the same stereo channel for example!).

Very easy to use. Sufficient effects, compressors enough to the track but blah for the battery. Noise gate on each slice.

No real automation, but it can store 126 settings (effects, pan, volume settings on the screen (not the position of the faders)).

MIDI control, but do not send messages of notes on midi channel as they control the mute and suddenly, it makes a mess!

For its price and a group of reasonable size (as long as we want to take each element independently of the battery), a great and inexpensive table of OCCAZ (when we find one). To give an idea, here are my bands:
1 Low
Guitar 2
3 and 4: 2 votes
5 Snare
6 Kick
7 (stereo): Micro Stereo surround the battery
8 (stereo): 2 synths (input + RCA jack)

Manuel englais but only you get there easily

Too bad there is no UATR auxiliary outputs (in stereo) to create such a mix of registration different from listening. There is one in (mono) and a foldback output (mono returns, too), but nothing apart from the stereo master output.

I use it for 6 months and I quickly understood everything.

I would do without hesitation that choice (in a handy format and such, there's nothing else on the market). The sound is qualitatively comparable to a Yamaha 01V, but this table is soldide and especially more compact. Well, it's no automation, fewer slices and outputs, but if y 'is no need ...
Did you find this review helpful?yesno
»