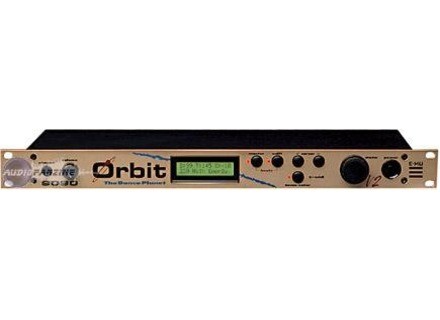 Musicator's review (This content has been automatically translated from French)

(Bones 1997) Everything is controlled and all is of course sync LFOs ... I have not tried everything because I had an XL1 and emu from the effects we find the same characteristics.

Its very realistic, 640 patches, a sound that good fishing, I love the ground emu the bass is very diverse and good. No effect is the only repproche, but hey, for the electro minimum it will be going well, the sound in kits, 10 kits.

I've had one month, my favorite is the difference with the rest. Finally I want something with effects I like to put a little sauce of time. The diference with the V1 from the polyphony .... and the number of votes ... and the edition can be ....

Small step, but not too much in menus.

It was like old pal bad machine, even if some sounds are still acceptable

This machine has little extraordinary, and will not become a legendary machine or research as may be some older analog synths.

10 people did not find this review helpful

spritnoirr2's review (This content has been automatically translated from French)

Emu because it is not as we stay in front of this machine ... but phew!

Yet it is so poorly marked on the site we almost feel that it is wrong to techno and an insult to her in his cabinet racks.

Yet ... That moved him!
The beast is yellow rather well supplied, as congeners of his time (PlanetPhatt and Carnival) we find any basis indispenssable to go ... has Essenciel.

_ Classics 640 Presets (384 ROM, 256 RAM, 8MB of memory) typed techno
_ The 100 Beats
_ The 28 songs
_ The 32 digital resonant filters to change the factory sounds
_ The super BEATS Mode
_ The two LFOs per preset and synchronizing MIDIPatch routable Modulation System
for polyphonic sounds
_ 6 analog outputs practices (or 6monos 3stéréos)
_ The 32 Polyphony
_ The 16 Multitimbral Parts
_ The sounds in 16-bit and 18-bit linear DACs
_ The tiny screen: 16 x 2-line backlight LCD Green
_ The headphone jack (so loved the neighbors)
_ The Three Musketeers (MIDI in, out, through)

Callback Service that we are in the presence of V2 is fully customizable in Midi stable and reliable.

As ab &#39;When you buy an Emu ocaz of the small manip&#39; easy before they start using it must maintain the <and> keys pressed, and press the Power button. It troune the wheel all the way and we Reinitialize the Bécanne!

Unlike Roland everything is simple. Controlled by a MIDI sequence and this includes everything works right away.

Total MIDI control is, like the BP-bottom because the essence of creation is in the serenity ... It is like an ELF.

Joking aside, I do not come by chance at Emu!

In short, the use is simple and works, the effects although also good as an Akai s1000 remain easy to use.

When the manual ... let and modern ecological upload it on internet say that the story of a ... And like any good musician who respects ... We do not read, except when you have a problem.
However, it may be useful for anyone who wants to start with Emu and continue the sounds of red or purple because it is easily found on the net and has an operating indentation Planet Phatt and Carnaval ...
Everything works, everything is simple, you can imagine it presses on power and it works ...

At the time of any PC, any complication, VST, farted all, bugger all and reinstall everything ...

The central point is that any rack gold clothed!!

Are we going to understand how the albums were made of 2be3 and World Apart and is what we will discover the fresh and heavy to make 9 in 2008?

Well after reading the previous opinion I have long hesitated to buy it but not disappointed with the Planet Phatt and Carnaval I started and I took it. In addition to completing my little family of colorful expendeurs 640 presets I would broaden my components for a hundred euros.

Hey there! Whaaaaa potatoes in your ears! The slap in the eardrums! The brush in the boomers! I wondered how a machine like this can pass into oblivion!

The sounds are hot, heavy and cool. The momentum is there is more than the heavy ... This is the Phatt al! (Bazooka to joke about the re-lou)

I was surprised that it has the potential in the stomach and the taste of Bordeau Chesnel it leaves me ... Really compared to the vast majority I have not the same values.
Let me explain.

Obviously, I find that to make HardTeck or even the current techno this machine is not an all in one. It is a good complement among others ...
But for the Rap ... Warning! It&#39;s really very very good!
I make HipHop prods and wanted to "techno-ize" my masterpieces and now I&#39;m really served.

After several goes around the planet yellow I found the sounds used by various producers Rap and especially and most importantly, recent songs!!

How extolling the virtues of S950 for sale.
How praise the sounds of the Tritons to sell.

Except that I really can not believe that DJ Premier and Timbaland use only one machine.
When we see that Dre sampled Michael Jackson ... I am tempted to say that anything is possible, but as a rapper I&#39;ve always very hard to write this sentence ...
Closed parenthesis, there are tablecloths used by Dr. Dre, Neptunes and KingFu ect.

But most impressive is that we find almost exactly the sound of "Ayo Technology" by 50cent and classical piano "PIMP" by 50cent more ... Not on purpose.
On the other hand, although I really like the classic Rap PBO (BeatBassViolon) who always whine France (yeah. .. Tavua is the shit!) That is fantastic with electronics is that same sound will parraitre exceeded the cost to the techno and rap ... Why?

Just because the agreements are not the same. Techno hand to other headings such as HipHop, which electrified the crunck example.
We do not need HipHopeur HardTeck to groove our zik, just cold, hard on the side of Dance and techno from the late 90&#39;s.

It&#39;s always good old cooking pots that made the best dishes, a lot of classic rap are BBV but many new machines come groove classic techno ... Everything comes together ...

As MC composer I find that this machine is really excellent for Rap.

As usual my dear readers, EMU goes Essenciel and limits its sound which leaves room for the creativity possible and what is not a machine in one. She led him to create.

For example, with my ASR10 I sampled a "fuzzz" and to the effect of electric guitar, set the attack and all that stuff ... This gives Expender tracks! And very good!

When the lights we know that there will be for long.

Who am yet in my Leaderprice racks is the first time when I buy a machine 100euros .. I think it is not enough.

I&#39;m pretty disappointed that this machine does vale "only" that. I even think that the double is not stolen.

Really something is wrong, I&#39;m sorry to say things like that but the only disappointment I felt after buying this machine.

It makes rap in my little planet since December 2007 and I am traveling from machine to machine to find the promised snare ...

A few stops in my samplers or in my mixing desk and I am returned, keyboard in hand to other horizons with the galaxy as the only limit the universe of my compositions ...

I now understand why it is called Orbit.

6 of 14 people found this review helpful