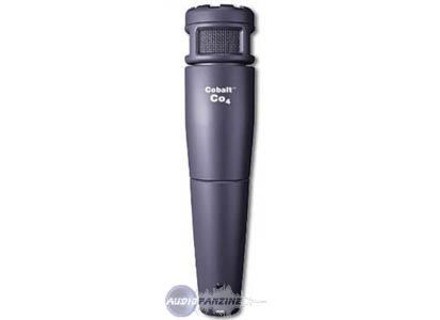 
1 user review
Find it in the classifieds starting at $25 Avg used price: $75

Electro-Voice Co4
3
The Co4 is a very nice microphone for the price, first off. You can get them for next to nothing if you know where to look, and they have some pretty interesting things going for them that may in some situations put them square above many of the standards inside of the microphone industry, like the Shure SM57. What is important to note about this microphone is that again, like any microphone, it is about flavor for that unique kind of application or genre of art your are performing. I find that the Co4 has a pretty interesting sound, actually. It has a frequency response that starts at a very typically expected 50 Hz, but unlike the SM57, it runs up to 18,000 Hz, whereas the Shure mic runs up only to 15,000 Hz. This certainly affects the difference between the two mics. Like the Shure SM57 microphone, it is a dynamic mic, as it is intended to fill the same role. This also interesting enough motivated Electro Voice to actually produce a cardioid microphone. (Electro Voice is obsessed with the super cardioid pattern in my observation, and many other microphone makes are now making thier instrument mics super or even hyper cardioid as well now.)

In use, we ran into an interesting issue that one would think would be solved in a newer designed mic. They pick up quite a bit of handling noise, and you can hear them rumble as you walk across the floor, if you are not on a more solid stage. It is odd, considering how most dynamics do not need these things called shock mounts. This puts the Co4 in an interesting place. Many dynamics of a higher end, or a studio variety need shock mounts, but the general purpose instrument mic? No... I honestly prefer the way they sound to the SM57, as they are more neutral and less overly aggressive as the Shure. It is just too bad that the handling noise eliminates a lot of its applications.

Electro-Voice Co4 manuals and other files