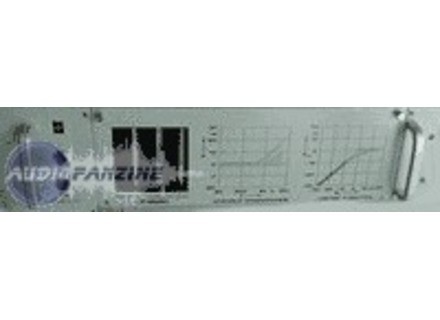 sky1mx's review (This content has been automatically translated from French)

EMT 266
4
EMT-266 FRANZ;
Agc Leveler Compressor Limiter De esser of 70 years, made in Germany very robust, a band.
3U rack, stereo majority of models, but also exists in model mono.
Model fully analog inputs / outputs XLR rear, sliding card system, riders can be adjusted on these cards by opening the front panel.
Are mainly broadcast model with pre-emphasis 75US, 50US, has noted the extreme FLEXIBILITY this pre-emphasis, variable and highly reactive.

Several settings behind the front unscrewed by hand, much room for gains entry and exit control leds a "detect" (threshold of detection of sound), "-6dB" tripping of the compressor, and variable pre-emphasis, use enough simple, user manual rare, very technical but complete.

The sound quality of the EMT 266 is quite particulire, when the sound source is low, the AGC emt266 acts as a leveler or with great flexibility, but when the sound passes the threshold of -6 dB ( led), he begins to compress, and when the input level Exceeds 0 db, the EMT 266 becomes quite "aggressive" and acts as a powerful limiter.
-Very vintage, technology grows at the time, used in many national FM.
We can not really compare the effect of compression of the emt 266, but it can be pumped very slightly when it is put to the test, (it's a 1 band), the variable pre-emphasis goes off and makes its hotter and more powerful still compatible as peak limiter final broadcast.
NOTE: a "hit" compression rather special, is a remarkable fact.
Overall its a very enjoyable, being "strong and powerful" according to the gain line. The color varies depending on the gain line. Interesting for percussion in particular.

Exellent, as well as AGC / leveler than peak limiter final, or as esser / pre-emphasis, indeed quite "hard" when the drums.
Become rare, but not found, extremely well-Designed for the time, still NEWS.