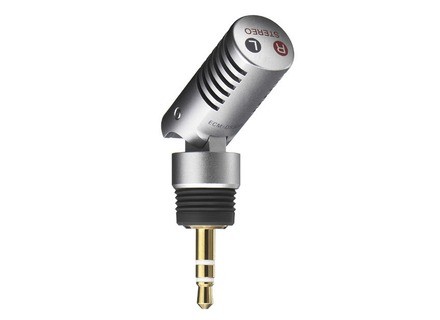 ECM-DS30P, Electret Microphone from Sony in the ECM series.

I have a Sony PCM-M10 recorder hand with super good converters but whose microphones have a stereo image deplorable, for which I am still looking for a small plug-in microphone. I tried to procure an Audio-Technica AT9911 unsuccessful because it was too much in the media and especially in the treble.

So now I try to lower costs because this cheap little Sony ECM-DS30P: it is also too much in the midrange and treble but the difference is that it gives the impression of having clogged ears As with the Audio-Technica (see my review on it). It is something gained but I always feel inadequate so I can use with the PCM-M10. Good stereo image anyway.

The problem is that there is currently nothing else (end of March 2011), other models in the form of a T much less discreet and I doubt they are really better. Except of course the microphone cartridge MICSII Nagra NM-green band, obviously. But it only works on the Nagra Ares-M and Nagra Ares ML ...
Did you find this review helpful?yesno
»