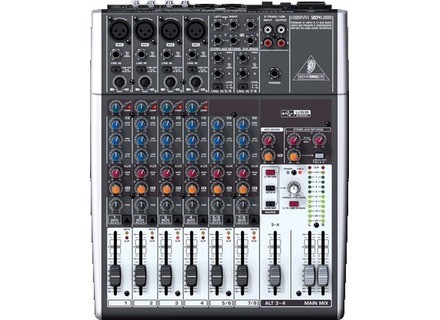 Xenyx 1204USB, FireWire/USB/mLan Mixer from Behringer in the Xenyx series.

I used to manage since 1year microphones on the marriage of another.

Plus: The box effect
Cons: this bug a HS track, she swings sometimes noise without warning, she does not even have one year ...
I is not shit with the service, Trash Berhinger! Ever!

3 of 10 people found this review helpful

ppan's review (This content has been automatically translated from French)

Clean finish, S / N ratio more than acceptable.
The song is the plumage, hoping that sustainability is the appointment as my other Behringer equipment, which take the shock (non-professional use).

Published on 01/18/10
Behringer presented seven new mixers at the NAMM show, including the Xenyx 1024USB.