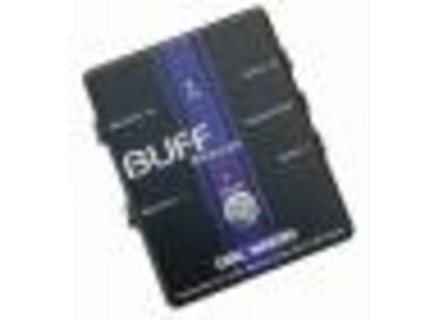 Carl Martin Buff DeLuxe
5
SOUND:
If you’re looking for a pedal that provides a cleaner, clearer and crisper tone… one that can wash away a bit of that ‘mud,’ and one that makes all your other pedals sound better, then likely you will benefit from and appreciate a buffer. Below is a YouTube demo video demonstrating how the Buff DeLuxe by Carl Martin works and sounds when compared to a direct signal (without a buffer) and with this gem in the mix:

In every instance you can hear how the highs are re-introduced into the tone, how there is added clarity and crispness and definitely less mud. This buffer effect is most noticeable with high-gain tones, and the guitar I used in the video (a Kiesel Vader) often had a slightly ‘dark’ sound whenever I used it. Typically I had to EQ it in the mix to brighten it up a bit. Even then there always was a bit less ‘life’ in the tone than I wanted, thinking I had to increase gain or distortion to make it ring out as it should. However, when introducing the Buff DeLuxe it was like I replaced the pickups and everything sounded livelier as a result.

OVERALL IMPRESSION:
When you run a lot of effects, use pedals with weak outputs, use true-bypass switching or run long cables on stage, you will lose some of your tone. Pedal boards are notorious tone-thieves. Any and all of this darkens the tone to some degree and can cause your signal to sound a bit ‘muddy,’ mostly because of the loss of higher frequencies that help define one’s tone. The purpose of a Buffer is keep your guitar signal strong – to provide an electrical impedance transformation from one circuit to another. In doing so, it prevents the signal source (guitar) from being affected by whatever current/voltage the load may produce.

If you can imagine running your guitar direct to an amp with a quality 10-foot cable (nothing too long), then you get an idea how pure the signal and tone will be. A buffer helps to maintain that integrity, although some buffers are better than others. What attracted me to the Carl Martin Buff DeLuxe is that unlike other buffers, this one does not simply start at the front of the chain and end there. Rather, you plug your guitar into the Buff DeLuxe, and then from there you plug into your first effect/pedal. Once at the end of the chain of effects, you then reconnect back to the Buff DeLuxe, which then goes out to your amp. This internal looping design of the Buff DeLuxe maintains the guitar’s truest tone best and with greater quality and efficiency.

EASE OF USE:
Operation-wise, the Buff DeLuxe is very simple to use. Either it is on or off. When on it protects your tone, which is its job. When you switch it off, via the footswitch, the signal goes to a tuner (via a separate Tuner Out). If you don’t have a tuner, then the signal still cuts, but what makes this feature nice is that it places your tuner outside the signal chain, and so there’s one less thing for the Buff DeLuxe to be concerned with when it comes to keeping your tone clear and true.

The only minor challenge is one of cables. You plug your guitar into the Buff DeLuxe (Input 1), and from there a cable runs to your first pedal or effect (via Output 1). One pedal then cascades to another, and then at the end of the line the final effect or pedal connects back to the Buff DeLuxe (via Input 2). And so, no matter where you place the Buff DeLuxe on your pedal board, you’re going to have a cable or two zig-zagging across the board, which is easy enough to keep tidy if avoiding overly-long cables and using tape or ties to keep things orderly.

Then from the Buff DeLuxe a cable goes direct to an amp/cabinet. However, in my set-up, for the demo video, I have a pre-amp pedal (the Greg Howe Lick Box) in the loop and running into the Buff DeLuxe. I then have the Buff DeLuxe go into an amp-cabinet simulator (the Rock Bug), which then goes into my computer/DAW for direct recording.
Overall, the Buff DeLuxe is easy to use and not much to think about, although initially having two Inputs and two Outputs may be slightly confusing at first. However, compared to a multi-effects unit with multiple buttons and an LCD screen, it’s hardly worth mentioning any challenges with the Buff DeLuxe.

RELIABILITY & DURABILITY:
The Buff DeLuxe comes in Carl Martin’s trademark black with a purple racing stripe. The steel housing is of a heavy grade, and so you likely would have to drop it from an airplane to damage it. It only has one switch, for Muting, which redirects your signal to a tuner and makes it uber-simple to use (either it’s on or it’s off) and for little to go wrong with the electronics. The foot switch is metal and the standard 9v 12mA power input is located at the back, which means less chance of a power cord mishap (twisting or bending of the input). The cable inputs and outputs are located along the side, which can eat up a bit of pedal board real estate once you connect cables, but with two inputs and two outputs the design makes sense. As a final note, you cannot use batteries with the Buff DeLuxe – a typical 9v power source/adapter must be used.