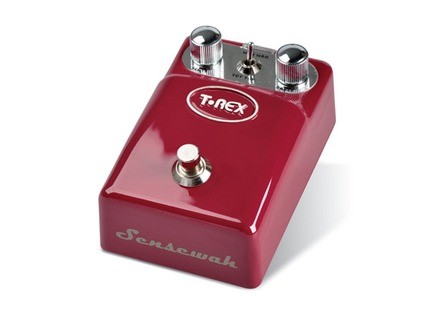 Apparently simple configuration, the manual I do not even remember if there was one.
Susceptibility to attack is set by the "Direction" button, the scope / depth of the frequency range with "range" button, and choose the type of autowha by a switch with two positions: classic or autowha effect "Yoy" whose difference with the classic autowha is not easy to describe, some say more vocal (? .....)
Buttons "meaning" and "range" are not at all a linear effect and no effect on half of their race.

Personally, none of the two positions convinced me. I found that one and the other ate a lot dynamics signal, regardless of the setting, the sound came out muffled and sickly, less bass, less treble ... I still found the classical autowha as bad as the 'Yoy "which I think was choking more.
Used exclusively with guitar.

I only kept a few weeks. It is by chance that I had in my hands after an exchange. I do not necessarily expect something fabulous, but then I found the very low quality, the sound coming out was difficult to use, very impoverished.
I have not tested other autowah before.
Pros: ....
The -: The sound that comes out, the lack of dynamics and versatility.

Q / P: Poor quality / Cheap if used.
If you want to try, do not buy new because if it does not suit you, you do resell at a third of the price you paid.