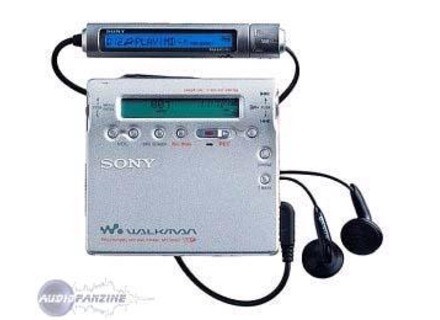 MZ-R900, MiniDisc Deck from Sony in the MZ series.

Sony MZ-R900
1
(Originally written by Maytouk/translated from Audiofanzine FR)
I used it for about five years . Very good sound quality, convenient and great for recording!!! Many possibilities. It sounds better than MP3 files.

But I had to send it five times to the service center!!!!! Even though I was very careful!!!! The 6th time was too much so I bought another one. It was a secondhand unit and it got broken after one year...

In short, Sony builds good-sounding products but they are not reliable at all.

And I haven't said anything about my first Sony model. I had four breakdowns (three times during warranty period) and the 4th time it was not repairable anymore so Sony and the dealer decided to replace it with a MZ R-900...

Conclusion: don't buy MD players because they are not reliable and you'll have compatibility problems regarding data compression between models and manufacturers. I owned four MD players in seven years (including a JVC): it's much too much!!!!!!!!!!
Did you find this review helpful?yesno
»

littlewing68's review (This content has been automatically translated from French)

Sony MZ-R900
5
How long have you use it?
I used the last 3 years. I m using it to listen and record my repeated.
- What is the particular feature you like best and least?
The higher the lightness, the quality of its recording and
- Have you tried many other models before acqurir?
not
- How do you report qualitprix?
excellent
- With the exprience, you do again this choice? ...
Now that there are Shifting MP3 recorders I think that I would have privileged choice. But it's still an excellent choix.En Indeed, it has nothing to envy to current players
Did you find this review helpful?yesno
»

Sony MZ-R900
4
TRS is a good product, I have 3 years. It's small, lightweight, one-tlcommande rtro clear. It has 4 recording modes MONO, SD, LP2, LP4 (4x can be stored in LP4 80minutes without much loss in sound quality).
The MD also allows recording from a microphone (with its impeccable quality)
Its great strengths are the quality of sound and its autonomy. Its major weakness as (for me anyway) that the registration is only analog, so that the etching time of the MiniDisc is the duration of itch or burn songs. Also if the user does not have optical out on his chain, computer or device, the MD cre a new track every two seconds of white (assuming white = passage of a song the other) then we must go all the hand indicating the end and the beginners trails.

In addition the names of songs that can be TRANSFR via optical cable / CDtext, otherwise, they must type "hand", yes ...
Even compared to today's MP3 players, more efficient, there is a cepandant trs good product and is distinguished by its quality and its independence.
Did you find this review helpful?yesno
»