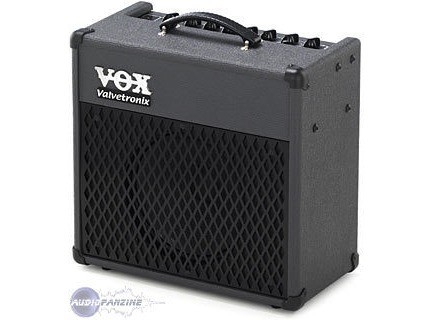 Ludwig59's review (This content has been automatically translated from French)

Frankly Excelllent sounds. Modlisations very effective. I always come back. Jadoreles clean sounds funky + + mtal disto ...
Iutilisation very simple. The effects are easy parameter even if it is regrettable that there are only 2 channels to memorize the sounds. Those of comparable effects pdalier Vox Tonelab LE.

For this price: 199 Euros is a great deal. I bcp test of models with fender. He is the much more versatile and above all a clean grain holding the road. with a good scratch was a great feeling!
I'm making this choice 100 times (to play home or RPET cool). With a hitter he is not powerful enough but with a drummer rpetition normal or small concert without problem. It is as powerful as many 30-watt models. (Eg the orange)

Vox AD15VT-XL manuals and other files