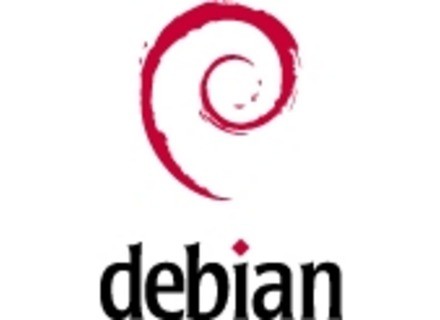 blaizeisdead's review (This content has been automatically translated from French)

- Have you experienced any incompatibilities?
No inconsistency as long as we stay with the hardware supported by ALSA ( http://www.alsa-project.org/main/index.php/Matrix:Main )

- The general configuration is easy?
Well, it&#39;s not windows eh! premaché is not, the basic configuration is quite effective, however, you can do everything you can do with a computer, when you join the hacks, we know what we do or we do it not ... So, yes it is easy assuming you know what you do.

- The manual is clear and sufficient? ...
No manual, if you buy has a version in a magazine eventually, but its worth not much. The best manual you will find: a book on UNIX.

- What is the configuration of your computer? (Motherboard / CPU / Ram / Disk / sound card ..)
I like Debian so that I screwed up on all my ordis! say, one who takes care of computer music: P4 3ghz, 1GB DDR1 RAM, Geforce FX 5700, M-Audio 2496, 500gb Sata HDD with 32MB cache. (And full of Zalman quiet)
- The software works he correctly on this configuration?
All software works impeccably, that even a super muscular configuration for Debian

- For how long have you been using it?
I use Debian for 2 years
- What thing do you like most/least about it?
I love the most:
-Possibility to do whatever we want
-All free
It stabilitée
The performance-
Jack-server, and routing of audio signals through applications
-The possibility to recompile its software by modifying the source code (as for the realtime kernel)
Low-power demand for high performance machine.
-Package management by APT and the system update progrressif (A Debian, its not relocate!)
I like the least:
-Uh ... I&#39;m looking ... I like everything, for me it is the perfect distribution, the only thing we can blame, is that Linux is to computing, and that guy who believes informatien be on windows, are quickly dropped. Linux is not a toy, you have to lean on, learn, be aware, the application a little work for beginners, it&#39;s both a defect and an advantage for me is a rather advantage, but for some, may seem boring her when you want something already done everything that makes music by himself ... That said, if you have interresser computer, forget windows, and go for it on Debian!!

- Did you try many other models before getting this one?
Yes I tried Ubuntu (A little too heavy, worse performance, given that there have a new version every 6 months with packages still sometimes unstable) OpenSuse (interresting the ptite opensuse, but the package management by RPM me less packaging that TPA), Fedora (like his walk with RPM) Slackware (Very interresting, a bit more complicated, I use it for anything other than computer music) and I test the distribution computer music: UbuntuStudio (based on ubuntu) 64 Studio (based on Debian) and JAD (based on OpenSuse) What I criticized the computer music distribution, there is too much of something to which we preinstall not necessarily need, but especially that UbuntuStudio is unstable (no RT kernel on 8.10) I take a lot of bug on 8.04, the 64Studio is based on Debian Etch, so a package may dated, we are left with the old software version, certe stable but prefer a squeeze or SID. When a JAD, it is well built, well days, but I do not like RPMs ^ ^

- What is your opinion about the value for the price?
Value for money, unbeatable since everything is free, and it is 100x better now than paying something ...

- Knowing what you know now, would you make the same choice? ...
I already remade this choice 4x (install on 4 PCs) to after my experience, its been 2 years that I use it and begins to have my ptite usual, we learn every day with linux, the thing is not to change the distro every 2 days to fully master your PC, even if behind is still a Linux kernel with standards, the choice of the distribution is important because it does not react the same, according to the package that it was install and deposits.
For installing Debian on a Dell Vostro 1510 or 1710, I made a small page with tutorials where there are incompatibilitées. (See my homepage)

10/10 for Debian, one of the oldest Linux distros still held in days!