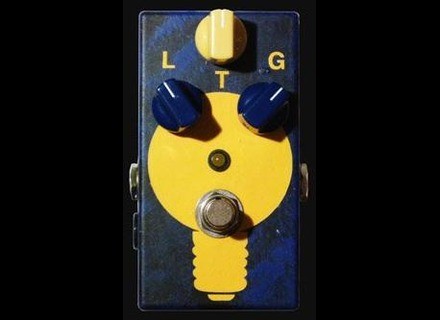 This is a very typical overdrive in terms of setup and build. It has the typical level tone and gain controls and aside from that has the original JRC4558 chip and carbon comp resistors hand made in Greece. The one thing I like are the custom hand paint which adds a cool uniqueness to each pedal as none of the same ones are 100% identical, however now I've heard that they are beginning to organize them a bit more so they're more identifiable.

Using the pedal is probably the simplest thing, click it on and turn the knobs to get the sound you want. No manual is needed for such a pedal.

The tubedreamer should be treated like any other overdrive pedal, which can be used as either a clean boost, a mild overdrive or a high gain boost.

I've used this primarily as a high gain boost through a VHT pitbull head and cab and it sounds strong, thick and clear. I also tried to use it a mild overdrive and it's very similar to an older tubescreamer, very classic sounding. Having true bypass is also a nice feature.

Ok this is where it gets a little confusing. They sound great, they look great they look really well made. So why do I keep seeing them come back as defective or damaged? Half the time these pedals have been powered improperly leading to the circuit shorting. The other half nobody knows why and they end up having being sent back to Jam for replacement. So what's wrong with this picture? Is it that people keep powering it improperly? I would say that's only part of the problem, as I've seen many other brand pedals powered improperly but not coming back so often. And most players that acquire this stuff KNOW how to power a simple 9v pedal. So I don't know what the real cause is, but I have to say that it must partly have to do with something coming from the company in their building. I'm not sure what it is but it's definitely not up to par. Hand made stuff is always nice but if somebody's not paying attention or is in a rush, then you get an inferior product. This needs to be looked at. So far my tubedreamer's been fine, so here's hoping it stays that way.