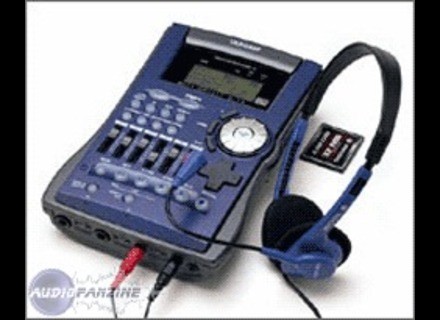 This type of device is complicated to use at first but the doc is very well done.

Personally I do not use pre-recorded patterns.

Optimal use with a MIDI file for bass / drums / synth / other. I record live guitar and vocals.

In the end it is a treat.

It's not perfect but it is very far from zero. <br>Better so than what I was doing on the computer. <br><br>The Guitar Effects, blah, blah, the PS5 is completely outclassed by the Pandora. <br>The voice effects I do not know, but they fit me well supplied. <br>The séquenseur midday sounds good, it's not a mid-range expander but significantly better than the Sound Blaster PC (I know, it's not hard ...)

TASCAM Support: I contacted and no thank you no shit. Non-existent damage.
The advantage with digital cameras is the ability to update the firmware.
The forgotten, the unit is no longer manufactured. They would do well to move from Tascam.

I do not know the other race condition, but for the price I've seen, I think it holds up.

But the big highlight is the midi séquenseur. Either you download midi, or you do them on your PC and bass, drums, synth is in the box. After the MIDI editor is limited.
If it is possible to change an instrument, not saving :-(
The MIDI bpm variable also go wrong, I contacted Tascam a year ago about this, I am still waiting for a soft evolution.

In the end, you can climb the song home with a surprising result.

As the unit is no longer manufactured, it is difficult to sell, so opportunity ...
Did you find this review helpful?yesno
»