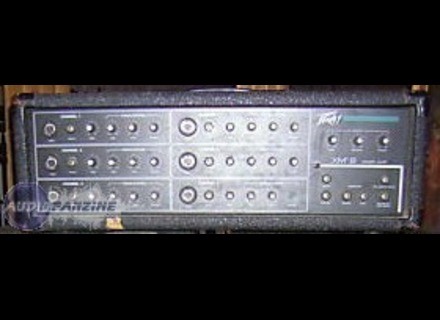 Peavey XM6
4
The Peavey XM6 is a six channel personal address (PA) system mixer. It’s a pretty basic mixer, but will get the job done in smaller venues or a practice space, the latter of which is where I’ve been using the XM6. While I do not own the XM6, it is stationed in the practice space where I practice with my band, where I use it for my vocals only. While it does have six channels, I can’t really imagine it supporting six mics and still sounding very good, although you never know. We’ve got it set up with a pair of a Peavey 115DL speakers and a Shure 10A microphone. Each of the six channels on the XM6 has both an XLR and ¼” input and parameters for gain, low and high EQ control, and reverb level. Overall gain, presence, and reverb are also controlled within the master section. It has a built in power cord and plenty of routing options including tape in and out ¼” connections and an effect send and return. It should be a fairly straight forward mixer to work even if you don’t have too much experience using PA systems. It really just has the basics, which is both a good and bad thing, but for the purposes that I’m using it for, it works great. I don’t know how well it would sound in a venue, as I don’t think I’d use it for anything other than a few vocal microphones, so I’d recommend just keeping it in your practice space as it’s also really not incredibly loud. Peavey doesn’t make the XM6 any more, but if you can find it used it will probably be pretty cheap. I can’t say that it’s superior to most PA systems out there, but it should be cheaper than most and will get the job done for practicing for sure.
Did you find this review helpful?yesno
»