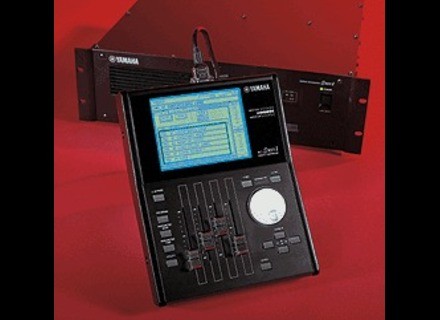 alesc1's review (This content has been automatically translated from French)

Yamaha srev 1
5
The SREV1 is a convolution reverb masterful. sony.le the top with the principle of convolution is to recreate the acoustics of a place.
libraries supplied on the CD provided the convolution of different places. the reverbs from 1 to 4 seconds on average and SREV with a remote control allows you to change the reverb settings, pre delay, 4-band parametric equalization before the effect and after effect, so EQ per channel ect ect ...
24 bit digital processing, full edition with the remote (in two minutes you do what you want) remote control with motorized faders on the console, killing one.
connectivity is aesebu (ie digital) of origin. You can install maps for my 8 YAMAHA you wire a console analogique.Vous can work on two effects simultaneously on the inputs and outputs between

Reverb has started make no hooks, impressive accuracy and quality of the convolution is simply a must for reverbs.

The SREV one does this compare to some multi effects, it does not play in the same release on a yamaha cour.lorsque SREV 1, it was between 9 and 11 000 euros excluding taxes and without the remote control that was selling the 1700 ht, C is a war machine, in studio or live
commercially a failure, Sony had a monopoly on this type of product and Yamaha were not selling enough simply stop commercialisation.Heureux owners of this incredible machine, do you ever separates