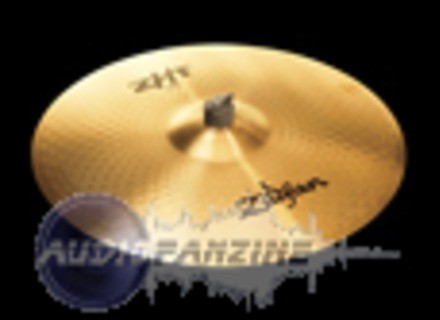 gengis Khan's review (This content has been automatically translated from French)

Zildjian ZHT Rock Ride 20''
5
Absolutely wonderful! That is how I described this ride! it's safe, sustain, cutting short a bell trs it everything I like in a ride!
the power dveloppe this ride is almost too much! even though my drumkit (satrclassic performer tama bb) is powerful because of its hyper copnception, wrinkles are sharper than a crash or chinese! incredible!
for chabada is not really sustain a long-ass is rough and has become trs quickly) but it is not his area of ​​jeu.par cons, to take a slayer over the rhythms, Submitted without it rpond hsiter and no need to bump it to hear it!
trs the bell is also sharp, regardless of the rapid game, it sounds and is heard.
I reproached him almost too powerful to be, back when it hit a crash APRS virulent, we must remember not to hit too hard, otherwise, it covers the edges of carefree guitar guitarists, they like it!

I advice all the incubators that have a set that dveloppe of watts, it will show you that it is not the only joking!
DSOL jazz players but go your way, here is the same heavy artillery to pass a 100 w marshall for a man walk headphone.
The velvet for mtaleux on the other hand! the appellation rock take on its full Diment, 100% fun guaranteed!

Raport Q / P, it is not too bad place, it's Zildjian, is paid but I was GUARANTEED a fun game flawlessly. cot quality is so powerful that even a big hitter like me can only pet her, if I take a guitar in the teeth! it is heavy as it should and rponds any solicitation.
As you can see, I is 10/10 and I do it again this choice without hsiter.
Did you find this review helpful?yesno
»

Parasite54's review (This content has been automatically translated from French)

Zildjian ZHT Rock Ride 20''
5
I do not have much to add from Genghis Khan, but I can confirm.
The bell is very sharp, sustain in general is rather long (see very). It is quite thick, and is very durable. Even in his fast play ping remains fairly defining dictionary stacks. The volume that emerges is really important.
Small flat even if I never do on my wrinkles, it can not be played in the crash ride it is too thick.
His notes are rather in the medium, I would say upper midrange, so it's not too clear and sharp which is nice.
So good ride for a price attractive enough when you see the prices of competitors (even in the Zildjian ZBT apart ... but which is worse). I got it to 130 euros during the sales (and yes there are balances in music stores, should think!)
If I had to redo this choice with the same budget I would do if I think that with a higher budget I would go see the most upscale in Zildjian. (Avedis, Z Custom, K, or even ZXT Titanium is very well it seems!)
Did you find this review helpful?yesno
»