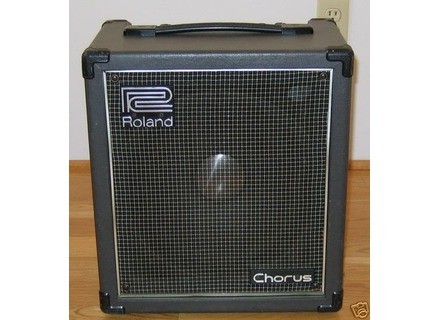 Easy to transport in spite of its weight which is important compared with its size. The sound volume is sufficient to rehearse with a drummer, likely to be unsifficient for live performances but it has an 8-ohm output for an additional cab as well as a preamp out for use with a mixer (I have not tried it).

Its clean sound very round and soft, not aggressive at all even with trebles cranked up, and that’s the amp’s main asset. The 12” speaker certainly has a role in it too.

Overdriven sound is OK and mostly affects the low and mid-low frequencies, not so much on trebles. I use it as a mid boost essentially on song choruses that need slightly more punch.

Putting an OD box in front of it and works very well (I tried it with a BB prem amp or a Box of Rock, you get more punch and harmonics just like with my all-tube ENGL).

Spring reverb is efficient with a rather trebly tone (no tone correction is possible for the reverb). Beware, if you move your amp while still on and hit it, the reverb will get heard – which is quite normal, by the way!

3-band EQ is usable all along.

Chorus effect is efficient and musical-sounding, but no settings are included – it’s either ON of OFF !

Additional output : reverb + chorus. I guess you can get this out to an external mixer for separate EQ/mixing from the preamp out (haven’t tried it though).

Note: with a homemade controller (on off switches), the reverb, chorus and overdrive can be foot-controlled.