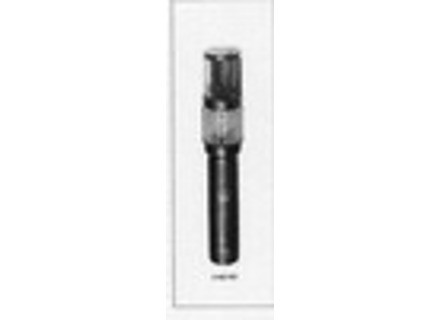 AKG C 422
5
The AKG C 422 is a stereo condenser microphone that's to be used in the recording studio. The first recording studio that I worked at where I was an intern had this microphone, although it's a somewhat rare mic. Since it's a stereo mic it's got two separate capsules. It has three different polar pick up patterns to choose from, including cardioid, figure eight, and omnidirectional, as well as six others that can be set somewhere in between these settings. It has it's own power supply for selecting between these pick up patterns, which can actually be set for each of the two channels independently, which I think is a really cool feature although usually you'll set it the same way. The AKG C 422 also has a frequency response ranging from 20 Hz to 20 kHz.

The AKG C 422 is one of the coolest microphones I've used, as stereo microphones in general offer up a world of possibilities. I've used a few different stereo microphones out there, but this is up there with the best that I've used. Although I first used it a while back when I was just starting out, I used it as an overhead drum microphone and knew enough then to know that it sounded incredible. It presents a perfect stereo spread and it's adjustability is a huge plus in terms of different polar patterns and all that. I don't know how many of these are floating around nowadays as I haven't seen or used one since I worked at that studio, but I would think you could find one to buy if you were determined enough. There aren't many stereo microphones out there that are of this caliber, so if you do come across a C 422 for a reasonable price and were looking to get a stereo mic, there's really no way you can go wrong with it!