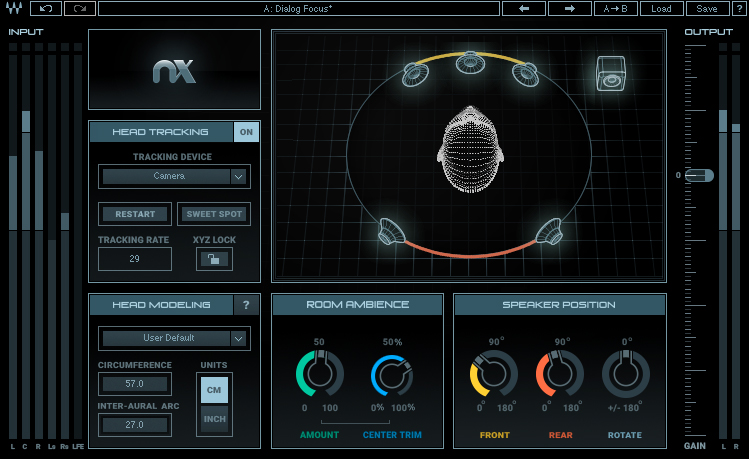 Thread Comments about the review: A Revolution in Headphone Mixing

Headphones are great for checking details when you’re mixing, but to mix on them exclusively has always been a challenge — at least until now. Thanks to a revolutionary new Waves plug-in called NX (Mac/PC), you can put on your headphones and mix in a virtual control room with perfect acoustics no matter where you are. What’s more, NX also makes it possible to mix in surround, through stereo headphones!

New AFfiliate
2 Posted on 03/05/2016 at 10:15:35
INteresting, and nice to see the price point.
I guess my question is: for normal stereo music how will this help me mix or master compared to using my normal monitors? Is the main feature that you can now mix and master more accurately while using headphones INSTEAD of monitors?
thanks
Cliff
1

The idea is that you use it to create an idealized mixing environment on your headphones so that you can make good decisions in situations where you either don't have monitors available or want an alternative to your monitors.
0

New AFfiliate
4 Posted on 03/05/2016 at 10:54:25
Thanks, thats what i assume. In your opinion is this really a viable option, or a fallback when the studio isn't available? Lets face it a lot of home studios do not have good acoustics. And there may be others out there like me who have wives who do not want to listen to me mixing when they're trying to get some peace and quiet.

AFicionado
5 Posted on 03/05/2016 at 13:48:47
That's hard to say. I look at it as a tool for when you're away from your studio, or as a second option when you're in your studio, to give you a different perspective (not impacted by your studio's acoustic issues) that's much closer to listening on speakers than you'd get with a normal headphone feed. It would also allow you to mix late at night and not bother your wife. Or if you have a studio with really crappy acoustics and are not able to successfully mix in it, NX would give you a way forward. You can try it free for 14 days, so the best thing to do is to check it out for yourself.
0

That's my only qualm with my AKG K702s, otherwise they're brilliant!

Anyway Cliff, like Mike said, the best way to find out if it'll be of use for you is by trying out the demo