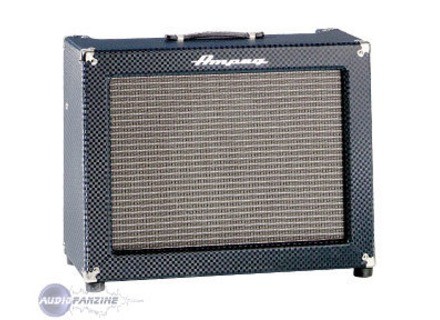 All user reviews for the Ampeg R-12R

DoWn's review (This content has been automatically translated from French)

The connector on the front is as follows:
2 inputs: guitar or "accordion" (input offset of 6dB)
a line out, a line in, a footswitch input.
a channel selector.

as an effect there is an onboard reverb.
has noted, the reverb can be controlled by the footswitch, but no button "on / off" in facade

Note, the operation of the gain / volume / master is anti natural, if you do not read the manual, it is not at all clear to navigate.

The config is not at all simple, the "gain" and "master" only works on channel saturated and "volume" on the clean channel, it's pretty strange. (After all this to the manual)

The resulting sound is quite good, but I have not tested thoroughly, I have only tested Rapidos the distortion is very fat and rather blues.

the manual is pretty clear but minimal: two pages and that's all folks!

This amp seems to be quite versatile, blues, rides his clear, large rock that spot, it must do so in many cases.

I just tested this amp a few minutes, I put this review to give an idea to people who will cross this amp rather rare ...

reliability (after research on the net) does not seem to be fabulous:
faulty footswitch, reverb down very often ...

of aillleurs, interestingly, the reverb from that I tested has been removed altogether, it should no longer walk, which corroborates the opinions of Internet users
I think back to try it with my guitar, just to tell you more!
Did you find this review helpful?yesno
Cookies help us improve performance, enhance user experience and deliver our services. By using our services, you agree to our use of cookies. Find out more.