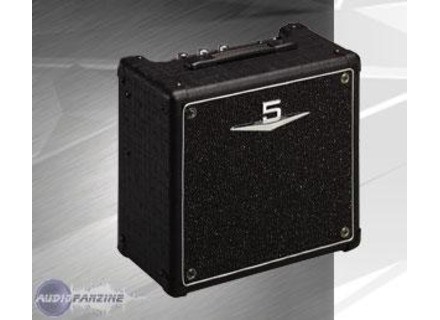 crch's review (This content has been automatically translated from French)

Crate V58
5
- What kind of amplification (lamp, a lamp while transistor ,...)? 12XA7 and EL84
- What is the power dlivre? Big 5 watt lamp
- What connection? One between a line out (which effects loop with a cable in there, handy)
- What are the rglages the effects? ... Gain that can do low volume overload, although for the apartment, a tone trs ingnieux: you turn left it boosts m dium and you turn it clockwise boosts the bass and treble (in peak or V-what), and finally a volume.
no effect but a loop.

the color tone is trs up half of his cot each color in office, a little mattifie del color and has a background in trs and it boosts rponse the dynamics of the game: full of sound in perspective ...

Super simple as I explained prcdement, Deplus loop can do what you want, and if you want the raw tube, the output line to record or dub on the sound system in Guarda amp scne as return on

Match any style of apartment for amps or recording for a jam will soon go to the crunch distortion or volume, or when we use the line out.

it redcouvre his guitars with a Class A.

I think it's the best 5-watt all-tube.

the vallbee is very modern in sound and comes with a 6'5 baffle, the sound is less round.

I prcise I heard the V58 mill and what I say applies to the V58, but the mine in remont with a Weber 10 "alnico silver which he adds a little serious and p che.

it is more expensive than 2 amps prcits but trs suprieur because my taste it supports many more styles than the other 2. piphone the trs ibanez bluesy and very modern.
we go with the crate in the brittish calif (it's like a clone of vox but manufactured by the states for ampeg crate so we have a little cake and butter, when it crmire will have to work a little guitar and I'm on the account rsultat tennu qualities of this amp).

100 bought on ebay there was no hsitation can
Did you find this review helpful?yesno
»