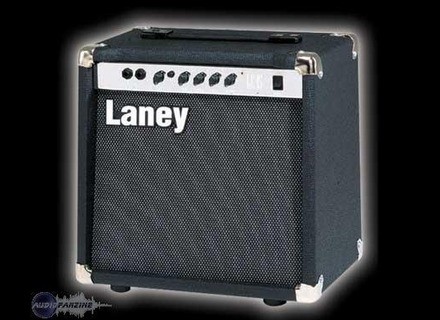 It's a cut-and-dried tube amp. Simple in design, simple in features. Theres pregain, bass, mid, treble and a volume control.
It has a really good tone at low (non-distorted) volumes. It's best to use an overdrive pedal rather than crank the amp's gain.
It's plenty loud for 15 watts, and will hold up well for a rehearsal, however, do not expect it to carry over a drumset in a live situation.
The amp does have a line out which is helpful, because you can always slave it to another amp to increase volume.

The stock speaker is absolute crap. This matters little to me because I modded mine and added an 8 ohm output jack so I can plug into any 8 ohm enclosure.
Also, the higher gain settings are not to my liking. It really sounds 'flabby' and disjoined on the low end and just doesn't sound as musical as when I use an OD pedal (I use a Boss SD-1 SD-808 mod)
Another point on the down side is that this amp isn't incredibly flexible. It does one thing well, and that's about it.

Construction and quality are so-so, but what do you expect at this price range. The tubes
are mounted to the PC so I have the constant worry that the tubes will overheat and damage the circuit board.
The thing's built well, but the stock tubes are mediocre, at best. Also, I must reiterate that the speaker is absolute crap.

Overall, I am pleased with the amp. It's darned good tone for the money. I don't expect
life-changing tone in such a modest package. If you buy one I would recommend replacing the tubes
with Ruby tubes or NOS, and putting in your favorite Weber speaker (alnico or ceramic...pick your poison).
Throw in a decent overdrive and you're off.

Laney LC15-110
4
Laney is a British company that has been making fantastic sounding amplifiers for about 35+ years. They started back in the late 60's and have been a high quality company since it's birth.

This amp is a one channel amp with one 10 inch speaker from Celestion. You get a great sounding clean tone and a mild overdrive tone. This amp is not high gain at all and will sound closer to a mild Marshall plexi drive. You have a boost or bright switch and that is about it for this amp. No frills just pure tone and simplicity.

This amp is about average for me. There isn't anything here tone wise that makes me want this amp. It is an all tube amp and that is a great thing for the price but the tone of this amp isn't too inspiring.

The amp sounds best for blues rock in my opinion. You get a good usable bluesy tone and a mild overdrive for country or pop music. The tone is great but it seems a little limited in versatility. This is a simple tone amp and not a tone of features to get in the way of tone.

This amp sound god with any decent guitar you have. It takes pedals real well and can get real tight in the low end due to the 10 inch speakers. The Lc15 is a low watt amp so you can crank it a little more and get those power tubes to overdrive for you without blowing through the walls.

At new these amps come in at around $450, which isn't bad for a tube amp. I wish it has one more channel and it would be much better. That i where the LC30 comes in though. This amp can get you a good tone for light jamming or practicing at home. It is a fairly inexpensive amp and will serve its user well.
Did you find this review helpful?yesno
»

Laney LC15-110
5
The Laney LC15 is a 15 watt guitar combination amplifier that packs a big sound for such a small amp. It has EL84 tubes and has a single 10" Celestion custom designed speaker. It has two 1/4" inputs in the front for hi and lo input, as well as outputting options in the back for if you wanted to send this to a larger speaker cabinet, which is a really cool feature that makes this more than just a little combo amp.

I haven't found that using the Laney LC15 is hard at all, as the parameters found on the amp are ones that I frequently see on other amps. The preamp section has knobs for drive (and a button to engage it), bass, middle, treble, and volume, while the master section has further parameters for tone and reverb. As you can tell, there isn't anything out of the ordinary going on here, and the assistance of a manual is not necessary in my opinion.

Undoubtedly, the Laney LC15 packs the most punch of any 15 watt combination amp that I've used. I've used the LC15 for recording with a Fender Stratocaster and a few pedals like an Ibanez Tube Screamer and a Line 6 DL-4. While I didn't send the amplifier of the LC15 to an external speaker cabinet, having the option is really awesome. However, I really didn't feel that I even needed to, as this definitely sounded loud enough to record with. I used a Shure SM57 right up on the speaker and I was overall very pleased with the end results. I don't know if this would be loud enough for all shows, but it is definitely loud enough for smaller venues.

The only downfall of the Laney LC15 (and it is a big one) is the price. It will cost you a seriously pretty penny for a 15 watt amplifier. However, you should definitely be considering that this can be used as only an amp head, which makes the price a bit more realistic without a doubt. If you're looking for a small practice amp though, I wouldn't recommend this one. It has an awesome sound quality and should really only be considered by professionals or for those looking for a small amp to also use as a head. Beyond the price though, the Laney LC15 is probably the best 15 watt amp that I have used for recording sessions.
Did you find this review helpful?yesno
»

Kalamo's review (This content has been automatically translated from French)

Could not be more simple:
Drive
Volume
Bass
Medium
Treble
The action of the knobs on the top is not his, but the grain is pretty cool ... especially clear in his
Good "attack" sound to an amp in this range

ATTENTION: for the transplant with a microphone, a prvoir foot as the microphone moves away should be a little (5cm) because the lamps radiate and cause a buzz lightweight ...

I use it for small plans, and it is true that the failure or channel distortion, or reverb is pretty gallery ...
But it does not take place, has a warm lamp and gouache (a transplant ... but requires attention, see above)

Mandatory use of pedals ... minimum distortion and reverb. I put six personal no food and not too sound (distortion, reverb, equalo, delay, chorus, wah-wah).
This is a good solution for a small footprint ... I tried the pod and company: it's true that the sounds are top, but still not worth the heat of a lamp and the ease of a CASC congig type amp + p Dales.
Pay OCCAZ of 150 + pedals of a reverb and distortion becomes very interesting for small configs.

Did you find this review helpful?yesno
»
Read the 5 user reviews on the Laney LC15-110 »