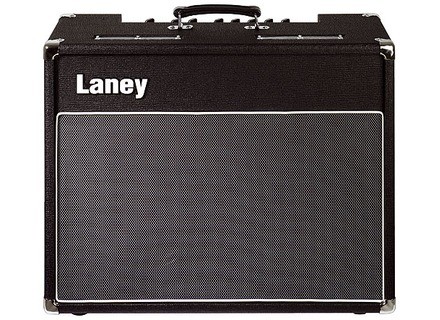 It is very basic and simple amp with an incredible sound. Some say the drive isn't enough, but I find this very strange because I never go ever 2/3 and can do any type of lead in this setting. This amp is not for people who can't play well as the amp will show all bad playing very clearly. However for people who play well (like me), this amp is a "god sent". It lets me do things like subtle expressions etc like no other amp and I've had a lot of them the high end ones and actually have sold my Fender to replace it by V30. The sound is full, thick and bright yet creamy. It's loud enough for any un-miked gig. Like I said it is simple amp and that's what I likwe about it. No nonsense like EQ or multiple tone or drive controls which when it comes to live playing often become more of a pain than a usefull features. I wanted a great sound in a siple package and VC30 is just that.


Nothing I don't like about it when it comes to usability, sound and operation.
Oh yeah there is one thing. The big LANEY plastic logo makes the amp look "cheap" in my opinon and doesn't reflect it's sound quality. I wish they used smaller chrome logo. I took it off and replaced it with nice old tube radio badge. Now it looks as it sounds - personal thing really....

Ok, I hate the handle because it's too soft and bends too much while carying the amp and that hurts my hand. I've fixed that by strapping rod over it so it done't bend and it's great now.
The Tolex covering is not thick enough and can tear easy but it's not a reall problem and if it brings the price of the amp down I'm all for it.
The amp chassis get very hot and being an tube amp builder my self I know that is not that great for component life in the long run. I've installed smal PC fan at the bottom rear of the cabinet and now it's fine and I feel better.
What I don't like the most is that the new model 2003? don't use HH Invader speaker anymore but apparently Celestion. With this new speaker the VC30 seems to lose some of the live sound and I think I'd be forced to buy 2th hand amp if something happend to mine.
Apart from that I've had this amp for nearly two years and so far no problem eccept one tube blown in the first 6 moth of usage. It was a faulty one because the plates got loose and shorted the tube.

If I'll need to buy another amp again it'll be VC30 and nothing else. I play with a lot of people who use Fenders, after one rehearsal with me some of them wen't out and bought VC30. What else is there to say?
Last thing I'd like to add is amnp might not be for everyone. If you want Marshal or Fender sound get those. You won't get VC30 to sound like them, it's an amp in class of it's own and the only thing that comes close to is
AC30.

Laney VC30-112
5
The Laney VC30 amp can be purchased at Flying Pig music via a simply phone call for a mear sum of £399. Flying Pig offer a friendly customer attitude and provide high level of service which has been mantain throughout the years.

The VC30 has nothing flash about it. It's a two channel amp (clean and drive) with endless amounts of volume. The warm valve tone becomes brighter and more excitable the more you grank the amp. It has the option of adding an extension cabinet (2 x 10" or a 1 x 12") and offers you with a classic valve A-class amp without having to take out a morgage.

Unfortunatley the VC30 does not have many downsides other than the distinct lack of gain. This can be fustrating but can quickly be rendered by simply placing a decent stomp box or processor in front of it.

The amp offers nothing but the best in British craftmanship. Theres nothing to fault in its excellent build quality. With its 'chicken-head' knobs and well placed padded handle, the ergonomics of this amp are superlative. Laney offer two options of speaker set ups that the VC30 can come in. You can choose out of either the 1 x 12" or the 2 x 10". These H/H invaders do not only provide with a high quality sound but also the reliability that most modern day amps cannot. A bright button is placed neatly in the panel roof of the amp to add that sparkle to any clean or cutting guitar solos.

This is a must for all A-class fans. If you want pure full whipped cream tone and more volume than your parents will ever allow you to use, this is the one for you....

Laney VC30-112
4
The Laney VC30 112. The amp uses 3 12AX7s and 4 EL84 tubes and delivers 30 watts of power through 12 inch speaker. The 16 ohm speaker is connected internally and there is an option for another 16 ohm external speaker to be connected that together tap the transformer at 8 ohms. There are series effects loop jacks and a jack for an external foot switch that switches channels and turns the reverb off and on. The amp has two channels, clean and dirty that share E.Q. and reverb. The tone controls are treble,middle,and bass. There is also a boost button which oddly enough cannot be controlled via footswitch. This amp has a lot of features but I actually prefer a very simple amp so I will rate it lower for features even though it has them.

The controls sit on top of the amp vintage style which I don't like because I think they are harder to get to then when the controls are on the front. The speaker box is somewhat boxy and makes the amp smaller but also boxes in the sound compared to say the cabinet on a Fender Deluxe Reverb. The tube sockets are cheap and the tubes rattle audibly through the speaker.

This amp is most suitable for old time rock and roll, blues, funk and grunge with any guitar. With the tubes replaced and a better speaker this amp improves. When you first play this amp (even in stock form) you instantly like it because it sustains and compresses well clean and is also really fun to play blues in the dirty channel because the preamp gain sounds really good. If you play it side by side with a blackface Fender Reissue you realize though that the overall quality of the sound just isn't nearly as solid, clear, beautiful, strong and professional.

Overall, I cant complain with this amp. Very clean and basic design, along with a clean sound. The price is pretty good as well.
Did you find this review helpful?yesno
»

3 knobs EQ common to the two channels, an outline and a digital reverb that sounds really good. Also there is a loop to insert effects and the possibility of adding an additional speaker.
Pedal switch between channels is not supplied with but only cost me € 20

When I received the amp, I was surprised by the beauty of the materials.

Manual is very clear.
Very easy to use because very few settings.

The clean sound is magical. I chose this amp because of the clear sound hot.
When mounting the volume, the compression is snapping. Really beautiful. I do not think I have found a better clear sound from all the amps I've tried (and the list goes on)

The crunch is superb. Really bluesy.

The distortion is really crappy!

Note that this amp bass are present at low volume but tend to disappear when you start to push the beast.

Overall it sounds vintage but with a precise and very warm sound.

it's been 2 years and a half I use this amp extensively (up to 2 gigs a week - equivalent to 6 hours with very high volume).
I had to repair this amp 2 times (and it was not the lamps). So reliability is not terrible. What to expect when you pay much less than the competition!

However, the sound is truly magical for clear and crunch. Avoid if you want distos.

The weight and size are ideal (much more portable than most other amps of this type).

Laney VC30-112 manuals and other files