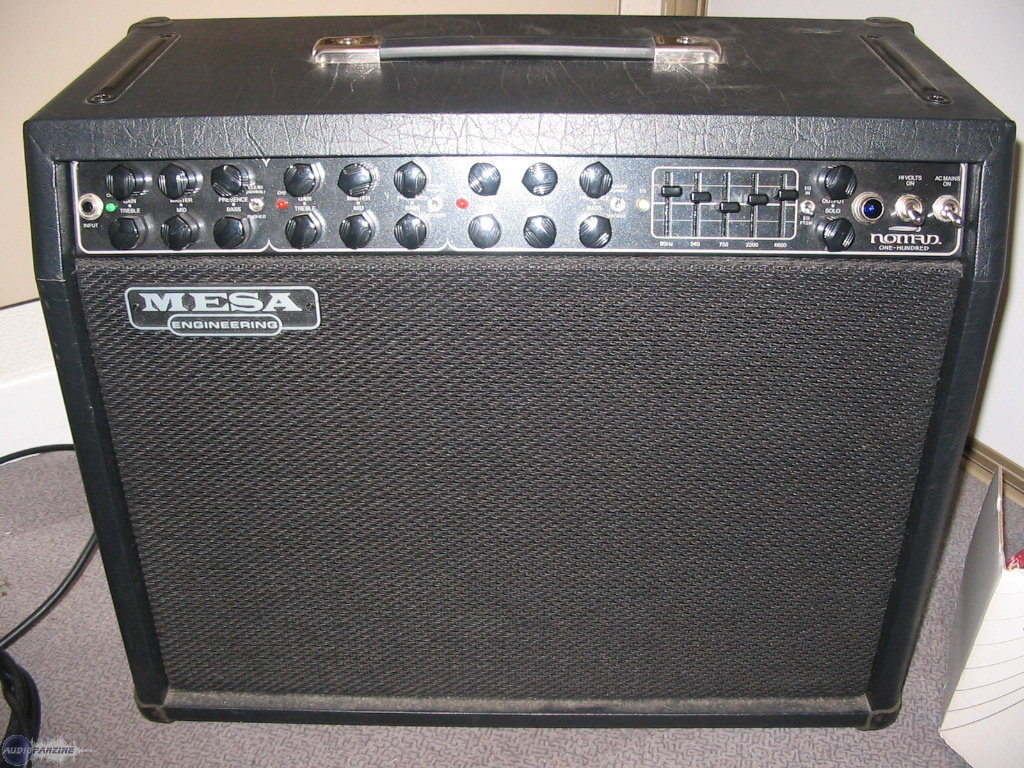 " A very rich and versatile amp"

The configuration of this amp is not as simple as that, we must lean on to get what you want. Each channel's personality and works of prcdant DIFFERENT. With two "voicings" per channel, a modern and vintage, it still gives grind grain since they all rate cuts Different.
But after having spent some time in front of the beast, there is the sound you want.
I've never had a manual and I am very much out, it's a plonasme.

The major advantage of this amp is that once mounted on stage with a guitar or more, there is more that switcher to get the sounds desires. With a little planning, if like me you need a large sound palette from the very saturated sound, it does more than accder your sound by the footswitch and need to touch the facade.

I play all styles, I'm really comfortable with this amp to forge any type of sound.
Whether for the Jazz, Funk, Rock, or which is the origin of prdilection his garden, I never touch its boundaries.
I play it with Strats, Suhr, Tom Anderson and Fender Telecaster Reissue a 52, a Les Paul Hetitage H 150CM, an ES335, they keep all their character without being dnatures.

The clean sound is what I like to work in depth, I use also of the pedals to work prampli saturated sound. I have some effects from Xotic or VCAs for example, and the amp ragit very good contact with them.

The power of this combo is simply poustouflante, even once the intermediate-brid 50w by the Switch in situ rear facade, I felt the need to offer him a Kit Kt 50 To reduce further the power 15w, ideal for the small clubs. Ms. this level, I've never felt limited and I never pushed back the volume.

I use it for 5 years, I had all sorts of amp before him. A Fender Showman, a Peavy Classic 50, a Marshall JCM 800 Lead series and a Gibson GA 30.
This amp is the most versatile of all and richer in sound events varied. He has great personality and very cost request before acqurir.
What I like most is that I still have not found my limit his search.
What I like least is that with one bowl, I sometimes feel the need to append
another cabinet for more onctuosit but it's probably the fact that after has a `4 * 12
Marshall, there is not much that can get a feel as a delightfully large baffle.

I would do this no problem choosing the more that its current rating is very affordable considering what it offers.
See less
10
»