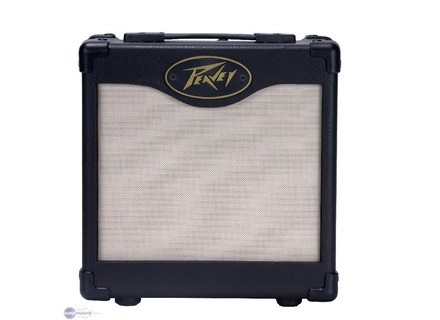 milenko's review (This content has been automatically translated from French)" A real tube amp, but hp weakling"

Note the version I owned was a Nano Valve amended by Saint Germain Music (Saint Germain Les Corbeil, in 91), with a master volume, one tone knob, a CH8/20 hp Jensen (formerly Mod 8-20) and an output hp 8 Ohm.

The original configuration is super simple, with a single volume knob / gain (higher up the volume, the more it crunch).

The manual provided is clear and ample for an amp design as rustic.

His level, I would say that it is limited to big crunch and clean. If you go too far in gain, distortion makes it rather badly through the small hp 8 ".
What we see is mainly the excellent dynamics of this little amp: it seems to explode every time you attack the strings very hard ^ ^.

This amp is totally unsuitable for my style of music (hard rock, metal, high gain stuff), and I bought it for "discovering" the world of cheap lamps.

We arrive at pretty obtain crystalline cleans (c'pas the Fender either), and it sounds a bit "dry" (high treble, low bass). Crunches sound very roots, and likes to play tricks grunge and punk.
We deplore, however, the lack of master volume on the original model, which means that we want more gain, more volume will be high ... station neighbors.

I used this amp with many guitars and so many microphones from small lipstick (micro single very low output) dual rail humbucker at large, and the amp gives the best of himself with single coil pickups.

Due to the rather low hp original (even with CH8/20 Jensen), the amp accept poorly distortion pedals. However, for all that reverb and modulation (chorus, flanger ...), he accepted very well, and it gives him more momentum.

Plugged into an Orange PPC112 cabinet, the amp is transfigured (normal, moving from a low hp 8 "to 12 hp" mid-range), and it proves to be very clean and in very good crunch. The distortion is also improved, but keeps the texture of "small EL84 amps."

Incidentally, I plugged in from time to time in my mp3 player Nano Valve, and it gave a very good sound (with a preference for rock sounds).

What I like most about this amp is its excellent dynamic and cleans / crunch many roots.
What I liked the least, and that is probably the weak point of this amp, it is really distos sounding board through the small hp 8 ", and no master volume (difficult to use in apartment unless Version moddée like mine).

The price / quality ratio is rather good (€ 50 Used just under € 100 new), but this is clearly not an amp versatile. A book for people who know what they want.
Did you find this review helpful?yesno
»

roplof's review (This content has been automatically translated from French)" cute little piece!"

as much detail as much as possible, because there is not much in there ...

we do not do everything with, a restricted
it's a basic amp, he brought out the sound, but do not modulate. crunch as he and as you turn the volume, and 5 Watts are definitely not shy, he has the voice of the lilipucien.
In short, it sounds and that's all you can ask him.

for a tube amp, you can not say that it sounds very warm, very round, even if you feel there are in it. you will not be overwhelmed by the bass, it turns out to be particularly loud as amp. fault of the HP 8? definitely! It might help to blackmail him over a bowl of 12. is rounder, warmer, now, without being overwhelmed. we gain medium, is less showy, more bass but it remains small.
supported by the equalizer pedal gives it more flexibility, without being an ultimate versatility. but that's not what you asked ... As you can see, there is not much this amp, but that said, it does very well. is a sound, I would say, especially. it will not suit everyone, screaming at his side repel many.
easy to carry, easy to use and tweak, too, to the disadvantage of having a volume knob very sensitive, he quickly put to yell.

I for 3 years now, I appreciate it especially for its charm sound is, you know ... Special ... it can not be the amp every day, but we feel a lot of fun playing it. a sound world different ...
yes I would do the choice of nanovalve, it provides a more in a collection of amp. use it as a main amp is pointless. it is chosen only for its unusual side, but nothing else. so as to start the first guitar amp, it does not.

1 12AX7 preamp with Electro-Harmonics
Sovtek EL84 in an amplification.
Setting a level that increases the volume and gain.
A guitar input.
1 HP 8 "

I browsed through the web and all tube 5w were all more or less the same pattern and components, but whose values ​​are different.

The Nano I think Valve is the cheapest, but not the least interesting.

Using ultra simple, the basic sound is good, and only needs to be improved.

It is the strong point with the price. At 80 € it was a good transistor amp sucks, but now the lights are doing their job, and it sounds.

For EL84 it sounds a bit steep, rather typed Fender. There are a lot of mids and treble, no bass, but HP has a small 8 ", is therefore quite normal.

As the volume rises, the gain goes up and it also happens to crunch to overdrive distortion to achieve a wicked volume up. We are in sound type AC-DC, but the HP is at the end of what he can do.
Volume level, the way into a room of 10m2 is untenable, really hard.

I tinkered rapido a cable to connect it to the HP of my Bandit 112, a great Scorpion HP 12 "that can collect 150w.
The Nano is transfigured.
The sound is full, it gets low, it is very warm. At the bottom disto finally speaks, it is impressive as many safe, power and definition for an amp of this price.
For the metal, forget it not register.

I tried to replace the original HP by a celestion super 8 (20 €), it's disappointing. The sound is loud, the HP admits its limit yourself quickly, Nano pushes too hard.

With this type of amp, it also learns to play with the volume of the guitar. The sound is fuller with the microphone and guitar on 2 level 12 on the amp, more aggressive micro guitar amp at the bottom level and barely open, the volume returned by the Nano is identical in both cases.

The tube amp is the amp really guiatre was forgotten with the transistors, we got used to lots of buttons, it is a mistake. At this price, no other amp does sound eye opener in, and surely not a transistor.

I followed the saga ValveJunior, I considered the ValBee, but I gave up after test: its not the lamps. I also abandoned field 600 HP 6.5 "too small.
I hesitated between NanoValve and GA5 Harley price almost equivalent and took the Peavey for the brand, size, and after making sure it was a pure lights ..

Apart from its HP, you can not blame him much, and yet his HP is not a scholarship.
To reach a good HP 8 ", must almost make the price of the amp, no interest, as moving to a 12" in a cab home.

Because the basic sound is good, I plan to put an attenuator watts, put a master volume and tone, the story of expanding its capabilities. And a real outlet for HP external and Isaiah on a 4x12 " <img class="smiley" src="/images/audiofanzine/interface/smileys/icon_wink.gif" alt="" />

I will redeem it without problem