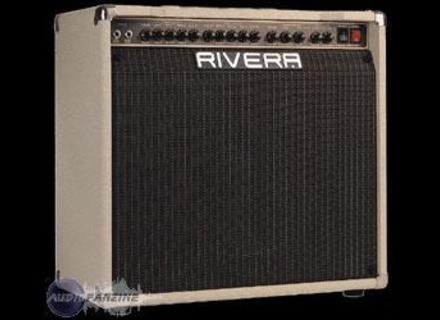 slayerine's review (This content has been automatically translated from French)

Pretty simple if you follow the presets of manuel.Si we want to create their own sounds, it takes a little practice because buttons push pull in all sensça fact bcp opportunities and sometimes great no matter quoi.Par cons, once well understood, we are treated to a range of crazy, shooting a very good sound, full.

As with other amps, I use it mostly on the clean channel that I attack with my overdrive.Sur this channel, I have a big sound, clear, rich, cristallin.Sur channel disco, we all Palette bequeath to drive the big disco but never a bouillie.Je have no guitar to tell you if you get a metal sound but at this level we will not have the sound of a Mesa correct.

I've never been a better amp and I've had before qquns (split Vibroverb, roland jazz chorus, split twin reverb, vox ac 30, etc ...) Big sound ...
The least
it is the reverb, not terrible.
Might also be that the Ninja boost boost bop too I think otherwise, it is nevertheless a tuerie.Je not recommend for people who want max 2.3 buttons for not firing at all easy to deal with the many pots ...
This is almost too powerful but you can reduce the power to ampicillin but it changes the sound ...
The weight (military components to make you fart the herniated disc!)
Did you find this review helpful?yesno
»