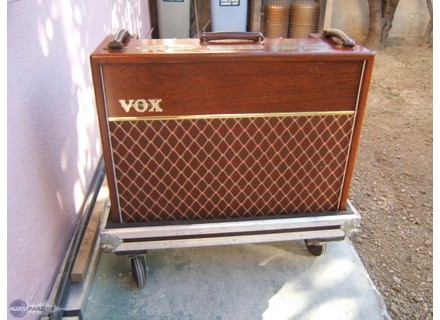 Vox AC30 Collector Edition 1991
5
This amp was produced in the early 90's and didn't find it's way onto many stages for one reason....the cabinet was an untolexed masterpiece. The bare wood grain was visible and showing which was absolutely exquisite to look at. You got the same great tone and features of the standard Vox Ac30's but just in a an excellent custom piece.

This amp is just tone for days. I cannot think of of a better amp that Vox could have made when this thing was released. This amp was everything you loved and wanted out of the old JMI amps from the early 60's These I believe are the last of a great tradition in quality and in tone.

If this is the sound that you are going for then there really is not anything better out there. There haven't been too many clone amps of the Vox Ac30 so you are quite limited in trying to obtain that vintage sound from the 60's. This amp is as coase to the original I believe that Vox has done in the last 20 years.

These amps are harder to come by nowadays since many people want to hold onto them as collectors items. Plus there were only a certain number of them even made. So scoring one will be a task for anyone. I have seen them around over the years in classifieds sections of different forums or evilbay and I want to say they were around $2500+. Most of them I remember people asking around $3000+ for one. That is a lot of money for an amp but this will most likely be a lifer amp or a deserted island mp for must Vox enthusiasts.

If you are a Vox enthusiasts then this amp will definitely be one to have in your collection. Even if you just like the Vox tone it will be a nice amp to go to if you need that Queen Brian May tone, Tom Petty tone, Beatles ton, or the Edge tone. Many users have handled business with the Vox Ac30 and added wood cabinet is a plus.
Did you find this review helpful?yesno
»