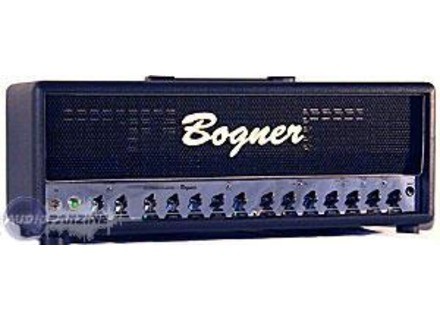 This is externally similar to the normal Ecstasy 101b. Cosmetically, the chassis has a chrome platted look to it. Stock, it comes with a black grill instead of the wheat. The piping is silver instead of white. A few of the switches are missing. But the usage doesn't change much from that of the standard 101b. The idea is that if you removed a few things, it would open up the 101b and create a more organic, less compressed, more lively amp.

Again, this was introduced to try to "lift the blanket off" a 101b. The clean channel was definitely improved. What was once dull and lifeless is now lively and snappy. Although lacking in low end richness, the clean channel is now fun to play. The other two channels didn't fair nearly as well. The blue channel, once like a thick creamy JCM800 is now thin and wispy. This is such a tragedy considering it was the one really good feature of the 101b. The red channel is about the same as it was before. Uninspiring. It does sound different, but not what I would call "better".

Just like the Bogner Ecstasy 101b was my dream amp, this was my dream amp after the 101b crushed those dreams. When I heard this was going to be released, I was ecstatic (pardon the pun). Unfortunately, this also crushed my dreams. I really wanted this to fix all the "problems" I had with the 101b. It didn't. In fact, it probably made the amp worse. If I had to use one of the two amps, I would take the 101b over the Classic. At least the 101b had a really good sounding blue channel.

I have given up on the Ecstasy. I have not, nor do I plan to, purchase the newer 20th Anniversary edition. I would play one, but I have convinced myself that it would end in similar disappointment, and there is only so much of that I can take.

See all 77 photos of Bogner Ecstasy XTC 101B Classic Head »