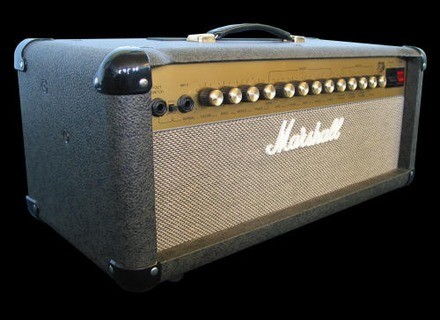 Marshall JTM600 [1996-1997]
4
This is the second head I had ever purchased and my first all tube. My first was a solid state Fender Stagemaster and it blew on me and this combo fell into my lap for what I thought was dirt cheap. Five-Hundred bucks for the head and cab. The JTM600 was awesome when I was playing it through a buddies "Rhino" 4x12. I was using that combo when I was in a hardcore band and it blew me away. The Rhino just had better quality speakers than the Crate. Overall this Head has never given me problems and made it through two one-month tours in 07-08 and I still use it to this day. New Tubes obviously but that's all that I've to fix in it.
Did you find this review helpful?yesno
»