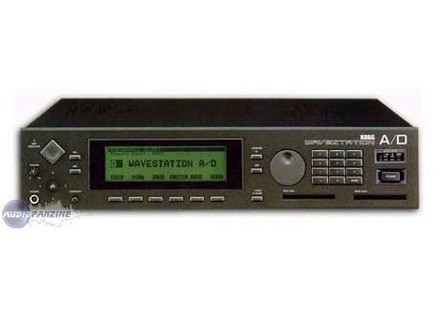 Omichelot's review (This content has been automatically translated from French)

This synth has trs sold poorly because of the mconnaissance vendors:
it is true that hirarchie is a little too heavy, in the sense that there are plenty of sub menu, but apart from that, it's one of the easiest synth to program that I know .
It sr, in programming, it's not a Nord Lead.

The sounds are placed in the lower medium. No agrressivit in the treble.
The effects are good quality and are numerous. It yammer a vocoder quality pretty decent but not great.
Strengths: sounds trs scrolls, deep ground trs, effective leader ...
Cons: lightweight breath with the entries, not rsons filters.

This synth Has Designed by Dave Smith, the inventor of the Prophet. It is full of possibilities.
Shame about all mconnu.
Thanks to its diffrent synthses this synth is difficult chantillionnable.

sin's review (This content has been automatically translated from French)

The polyphony is "a little" limit on large layers (8 patches for performance) or multi-timbral setup (16 performances!). But if you're lucky enough to have two (or EX SR), a MIDI function lets you "double" polyphony!

The interface of the rack is exemplary! Navigation through the pages diffrent is using soft-keys under the screen, somewhat in the style of a series Kurzweil K. .. Unstoppable! In addition, there are not too many sub-menus and everything is perfectly organized. The screen is large and light blue rtro (c zoli ...). Custom settings are always clear and can be returned from three separate calves: via the alpha dial (for skim) numrique the keyboard (to enter prcises value) or the + / - (for prcizione) ... In addition, a button can mark storer pages ditions we can recall quickly thereafter ... When a store in its memory, you can choose to listen or the one we called it crushes ... What deadly ... WAS A / D also has a PCM port map and port map RAM / ROM facade. Sr Although he does not have squenceur (apart from the "wavesequences!"). Compared to most other models in the range: The A / D! Stereo Input with Level slecteur (-40/-10 / +4) and knob gain ... We can use the signals entering the effects and / or as a base or a patch and make wavesequence vector with! It possde more copies of outputs 1 / 2 and L / R XLR! THANK YOU! I plan to replace my 02R with a DM1000 and it only offers XLR inputs, the WAS A / D will be the only synth temperatures requiring no DI or adapter jack / XLR! One wonders why manufacturers insist their damn jacks asymtriques! (SC-55 CAR ...)

The rack presets (performance) are oriented layers / textures seen the scrolls synthse uses (AV Advandced Vector) ... And that has to be in use! The bank RAM3 includes all of the same classic sounds (grand piano, drum kit, etc. ...). Sounds are also deadly! Biosphere groundwater for lovers ... The two multi-effects sound trs 55 algos each well (flanges and phasers are superb!). They consist of a vocoder is used on the internal sounds or entries. Most performances are programs to use the joystick Submitted on Korg Wavestation (except WS SR) to dynamically mix the texture of the performance ... You can also program the machine to give it receives from the joystick pitchbend / modulation of M1 (or why not a Kaoss Pad or other) controller as "vector stick" ...

Basically it is a machine and trs pro possde sound of the innimitable synthse. This is Dave Smith (Prophet VS and others, and the Evolver rcemment) which is the origin of the famous KORG synth and explains ct "real synthquot; machine . Released in 90/91 and used by Depeche Mode, Future Sound Of London, Orbital ... For connoisseurs, the rhythm of voice and high-Q in Dangerous DM srement is made with an A / D. .. I would add that the manuals are clear and didactic (a change). OCCAZ I bought the serial number 277 six months ago, I rvai 12 years ago and then stood at well over three times! If you see, go ahead!

Listen to the 493 audio files about Korg WaveStation A/D »

View the 11 files about the Korg WaveStation A/D »