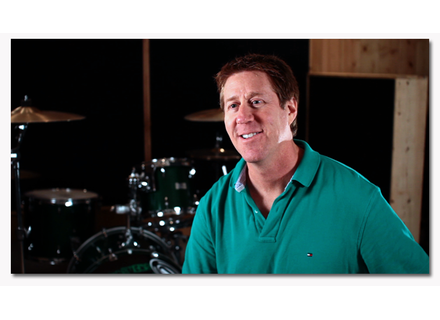 The key of the Alt Drums II ReFill is a 1964 Ludwig Liverpool kit, "recorded and produced as if it was played by the Mötley Crüe," according to PH. This pack also has a vintage Leedy kit customized by the John Covington and a Tama kit played by Troy Luccketta of the band Tesla. Added are three more snare drums, including a Leedy from the 1890’s.

For Alt Drums III Troy Luccketta from rock band Tesla played a Camco kit. The sound of this kit built in 1956 is designed for punk and rock productions. Included are also a wooden Ayotte kit, and a Leedy kit with a 28-inch kick drum. Three extra snare drums come with the pack, among them a Yamaha Vinnie Colaiuta, and the Dave Weckl signature model.

Pricing and Availability
Ryan Greene Alt Drums Volume I, II and III are available as downloads from the Propellerhead online shop for $99.00 USD and €89.00 EUR (including VAT) each.