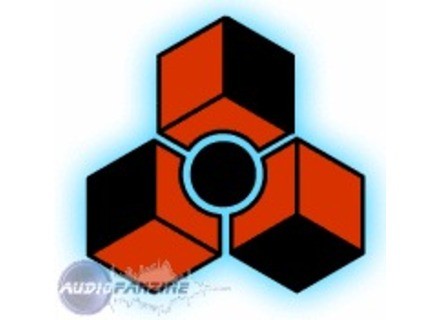 Reason Studios Reason 1
4
Propeller head reason was perfect for me when I was just starting out. I had no direction and didn’t know where to start when it came to software. When I first started using it I was in school and really couldn’t afford much but I saved up and purchased Reason 1.0 and I am so glad that I did. I still use it to this day (well not 1.0 I have upgraded) but reason 1.0 has taught me all of the basics in computer recorded, midi editing, using a mixer and effects and how to track out songs for further use in pro tools. All of my music career so far has branched out from Reason 1.0.

The performance of it is great and you couldn’t ask for much more I havent had a problem with it when I was using it and still don’t today with the most up to date version of reason. You can get all of the basics down pretty quick and if you really take the time and read the manual and watch some tutorials online you will be able to go to the next level as a reason user because there are so many things that you can do with Propeller head Reason. If you think you can master everything right off the bat and with out a manual you are crazy.

Take your time when you get this software, Reason 1.0 can be a bit overwhelming to the newbie. Study other peoples process when making music. Learn the ins and the outs of the program and learn how to create a full song in it and you will be amazed on the potential that it has. Its worth every single penny. I am not sure if you can still purchase 1.0 though? They have upgraded since then. You might want to look into that.

Reason Studios Reason 1
4
Propeller head Reason 1 changed the way that I looked at software for music creation. Reason 1.0 was the first time that I saw the power of softwares and wanted to get away from all of the hardware in my studio. I was able to free up a ton of space in my studio at home by getting rid of the hardware and going with Propeller Head Reason 1. Reason had everything that I needed anymore and I had a great run with reason software. Reason allowed me to see the potential that a software has, and it opened up the gateway for me to use a bunch of other programs that created all of the compositions I have made today.

I ran Propeller Reason 1 on my windows xp computer and it worked great, never had 1 single crash or freeze up. Also upgrading it was extremely easy as well, just did an online upgrade it only took about 10 minutes and I had the newest version of Reason. I have been using reason off and on for about 8 years strong, but today I don’t use it as much as I use to . I feel that Reason’s Mixer hasn’t moved into the right direction with the way that I like everything set up. Reason is a very powerful program but I thin they took to much time making it look like a powerful program instead of making it user friendly but still powerful.

Overall Reason is a great software, I wouldn’t recommend it for the beginner because it will throw you for a loop, there are other software’s out on the market that a beginner can try for free and download and if they like it they can purchase. But after you get use to using and sequencing with software I suggest you come back and try Reason.
Did you find this review helpful?yesno
»

Reason Studios Reason 1
5
There are lots of very good modules for Reason. With a lack of DX and VST support there are less possibilities than some other programs, but what’s there is very good.

One of the best things about Reason is its ease of use. It is very intuitive. Plus the routing possibilities on the back of the modules sets it apart from other programs.

Excellent sound quality. The effects are slightly lacking, so your track can suffer a little at mix down. Ideally you need to Rewire into a VST effect program. The Subtractor synth sounds a bit weak when auditioning sounds, but it works great in a mix.

Rock solid. It has never crashed once! That's the main &quot;reason&quot; I use it. The lack of DX and VST support probably helps allot.

It's the best music software I have ever used. It's ease of use and rock solid performance means I'm going to be using it for years! For once computer technology doesn’t get in the way of music creation.

Reason Studios Reason 1
5
I would love to see a MIDI out feature, besides that it's the very best program I've ever come across with.

it's the most hands on software, ideal for people starting to make music. the user interface it's the easiest and the fastest to work with.

Stable as a rock. propellerhead software aupport are the best I love the whole company, honest.

It's the heart of my studio. my main tool for composition. period

Originally posted on FutureProducers.com
Posted by: Unknown ( 3-, 2003)
Did you find this review helpful?yesno
»
Read the 15 user reviews on the Reason Studios Reason 1 »