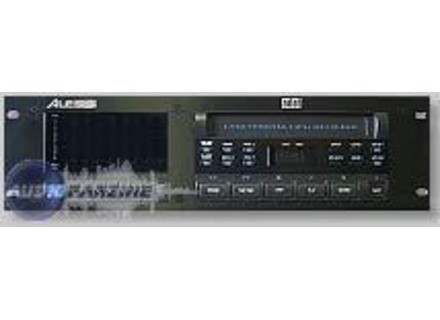 pimousse.frenlebatt's review (This content has been automatically translated from French)

See the notice of Gloovystudio for all items, as it is a. a score of around 10 to tell you that when you have nothing, and that of a sudden you OCCAZ of a chopper like the machine that has only 1800 hours on the clock for 92, with the ELCO connector that goes well, all for 450 neurons, a life-changing! It sr, DTD The systems and other cards have technical specifications (converters, frquence of chantillonage, etc ... for more info if you want to be Chinese See AF ​​records, you will learn what you need to rflchir and advance

) well suprieures this dinosaur, but it has been proven. And then to record a live, practical, easy to implement ... happiness! there's more that address the Zique. Rp in the same. As long as you have no local record for rpter (we are many in this case to make music and say loud and electric rpter duty in associative structures or not. ..) is still the machine easy to implement with the gear on hand to register properly and lose none of its ides or those of his cronies! Try for a PR of 3:00, set up your drums, bring your computer (PC or Mac) with all the stuff relating to it to record, of course, put everything in place, and start. Feasible. Yes. But it will not be much of your three hours and I can assure you that you will not do it all day! with ADAT, you can!
Did you find this review helpful?yesno
»

Zébulon zélé's review (This content has been automatically translated from French)

Alesis ADAT Black
5
Warning! It's not 44.1 khz, but the 48. it may be a detail, except for her because the difference is quite Eloquant.
Otherwise, everything has been said.

Alesis ADAT Black
noon + 6.35 8 jack for IN / OUT + 1 pair I / O ADAT SPDIF OR
there are fairly standard connectors Sync

NO XLR
8 tracks in reading and / or write simultaneously, the possibility of merger of two tracks on the slopes.

all basic functions are present.

converters are, I find good or even better than some converters today. good dynamic (at least for the standard ADAT) is not 24/96, but frankly it sounds.

Completely obsolete by what is done in DTD / computer music, I just purchase 50 euros.Non not for the recorder function, but to use it as a converter analogADAT. And for that price it's canon. (This is just the price of steel which composes, as the machine is heavy ... very heavy)

in fact I complete my FOSTEX VR800 in adat but also on hard disk.

In any case, hard to beat for the price, but better than 100 fuir.il s'orrienter better stuff on new and specific

Alesis ADAT Black
5
- Digital Recorder 8 simultaneous tracks to support SVHS
-16 Bit 48 000 Hz (yes it is far from the current characteristics of converters!)
-Can be used in converter output optical ADAT

- At first I used it as a recorder but I soon had problems with timing of read heads which makes it unusable as such today.
However, it was revised before I bought it (with supporting invoices ...)
Apparently it's a classic problem with this unit

Today I'm using it as a converter to send via optical connection up to 8 tracks simultaneously in Cubase coupled to an EMU 1212M sound card.

Level ease of use:

As recorder, wholesale branch is we put the SVHS, we select the tracks you press REC and it is running (there are more advanced functions, but for that, see the manual!)

Converter, same one branch of optics, we spent a night fighting with his soundcard (EMU thank you, but that's another story!) And it runs!

- The converters are of good quality, I have a very faithful reproduction of what I input.

However, I see little stalls while recording that cause "click". But it's very random .... I can do 10 without dropping out and taken after two stalls on the 11th take ...

- I use it for 5 years and I am satisfied!
Small flat head for my problem but hey let's be honest, considering the price of a SVHS, as recorded on a hard drive! So ... I withdraw my flat!

So ultimately, I think a converter is perfect for a small home studio. For those who say "yeah but it's not 24 bit and sampling rate is only 48 000 HZ ...", I would say that everything is relative:

If you got a console NEUMANN NEVE and microphones, as indeed take the top converter!
Now if you got a game console and a behringer sm57, adat will do!

Did you find this review helpful?yesno
»
Read the 6 user reviews on the Alesis ADAT Black »