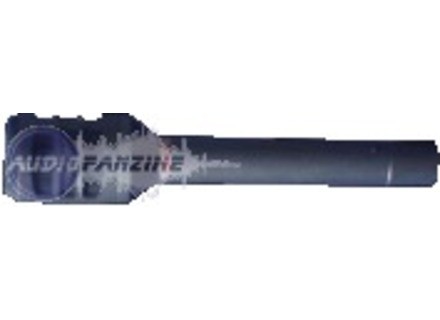 Audio-Technica ATM21
4
The Audio-Technica ATM21 is a dynamic microphone that I've got a little bit of experience using in the studio. Until recently, I didn't even realize that we had a pair of these at the studio that I work at. I'd used pretty much every microphone that we have but somehow these had eluded me. I don't know when these microphones were originally made, but they aren't made anymore and definitely look on the older side, especially for Audio-Technica microphones which usually look pretty new. I do know that the mic has a cardioid pick up pattern and a frequency response range from 50 Hz to 15 kHz.

the Audio-Technica ATM21 is a solid dynamic microphone for most of the applications you'd generally associate dynamic mics with. It's nothing earth shattering, but it can definitely get the job done. I tried it out on kick drum as well as on electric guitar and it seemed to handle these applications pretty well overall. I liked it more on kick drum as I'd definitely prefer the sound of a Shure SM 57 to this on guitar. I'm sure it's more versatile than just these applications, but that's all I've used it for thus far in my experience with the ATM21. I've never seen any outside engineers use these mics either, as they just aren't all that popular when you compare them to some higher caliber mics. It just depends on the context - it's nice as an extra mic 'just-in-case' in a professional studio, but in a home studio may prove to be more useful. I don't know too much about how much this microphone would cost you used, but probably not all that much. If you want a decent dynamic mic for your home studio, I'd check it out to see if you could snab you up for cheap, otherwise there's plenty of other choices out there as well.

Dom Brunet's review (This content has been automatically translated from French)

Audio-Technica ATM21
5
Exellent unidirectional dynamic microphone for 80 years
Robustness!
about 50 to 16,000 Hz with a ladle!
I still prefer the ATM11, found second-hand ...