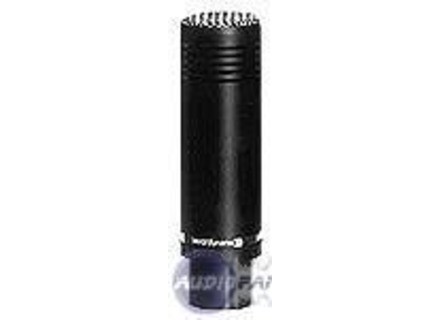 M 422, Dynamic Microphone from Beyerdynamic in the M series.

Beyerdynamic M 422
4
The Beyer Dynamic M422 may look plain but it's one of the most dependable durable microphones whether you're playing local clubs or touring miles from home. It is especially one of the best mics to have for those who care how they sound! I gig 2-4 times a week at many different venues in town that have all sorts of various acoustics to contend with and this mic provides consistent clean and crisp vocals with a lot of gain before feedback. I'm a drummer so the on-off switch is a good added feature and it's only a few dollars more than the sm58 without the on-off switch. I've had my mic with the on-off switch for several months now and I've had no problems. I had an M422 about 3years ago and foolishly got rid of it so over the years I've tried many other mics from many other companies, some I thought were good like the Crown headset mic, the EV 767 and Audio Technica makes some good mics but very few overall compared to the sm58. The only other vocal mic probably a little better is the Shure Beta 58 but it's also more expensive and for most vocalists it's not necessary. The M422 is simply a great mic at a decent price as is the sm57. Both have been around before most of us were even born and will probably still be sold at music stores long after we're gone.

Most performers do not need the on and off switch feature but where you want quality vocals and control over your microphones without using a sound person to set the levels this is what you need. Preset the volume on your PA and when it's stage time a flip of the switch gets your performance underway. SM58 is the choice of professionals.