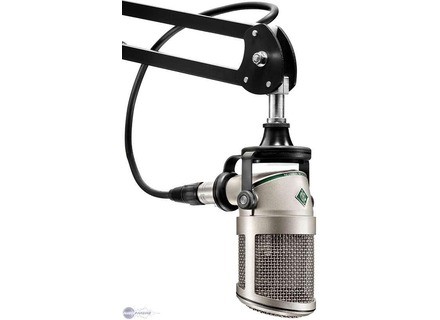 Neumann BCM 705
3
Dynamic microphone Neumann
the same capsule as the sehnnheiser MD 431, improves, especially with the shape of the BCM 104, the gate opened on the rear which quickly imprison low frequencies

very robust, good construction quality, against the provision by the clip microphone is rather made for articulated arm of the type found in radio. on a conventional microphone stand, the foot must be put right as I as to rotate the microphone you have to buy a small accessory 60 euros (Neumann thank you)

delivered in a box round thick cardboard box to fawn powder stuff, it'll more pro than the cardboard box end of KM184 (like toy with transparent plastic)

mmmmmm
Did you find this review helpful?yesno
»