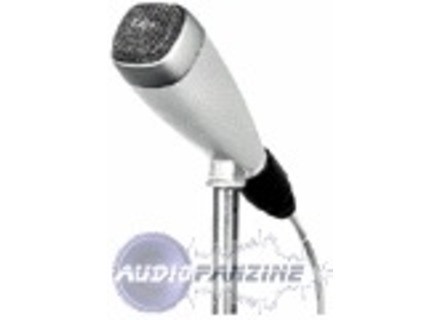 Sonoamine's review (This content has been automatically translated from French)

Sennheiser MD 21
2
Poura tell me that the diferents utlisations of 21 sennheiser md ??
es pourais I use it for snare, toms, big box .... or other insremunts ??

Poura tell me that the diferents utlisations of 21 sennheiser md ??
es pourais I use it for snare, toms, big box .... or other insremunts ??

thank you
Did you find this review helpful?yesno
»

ericou's review (This content has been automatically translated from French)

Used for 18 years (so super strong) at the time the card was not an xlr but Tuchel din.
I used one day to replace a defective mic to use a snare and a hi! it has been with that I do! clarity and warmth of its superb.
I also used for comments (booth) for movies, or it works wonders on certain meets votes.
I'd much rather do so in 21 cit lem above, it is impeccable on itw.
Sennheiser is the most versatile (but more expensive too!)

It is a very versatile microphone with a warmth similar to MD421, used on guitar amp, snare or hi-hat, a very good mic to have in his park.
qualitprix excellent report is found more difficult than the MD421 but it is significantly cheaper

gerar menvussa's review (This content has been automatically translated from French)

Sennheiser MD 21
5
The one I have is a MD21N, the difference lies in the connection: 3 pin balanced Tuchel, which can be connected in Tuchel, XLR, mono and TRS Jack (balanced).
Originally, the story is a must and the sound TV / film, but it is also excellent to take the instruments (percussion: Terribas'!) And the atmosphere complete.
I think it would make the happiness of all those who want a highly intelligible voice: rap, slam, animation, comments ...
It is an omnidirectional nan?
I put 10 because frankly it ensures its job perfectly, it's a pro.

The beast is quite rare, I am fortunate to have unearthed a lot of old but new pickups! I do not really like the utility and it is brand new, I'd rather not use, even if it looks indestructible.
It's solid, the beefy, it shows: all cast metal, it is screwed directly on the same mic. In addition it is beautiful!
The most amazing feature is its insensitivity to handling noise. Really can sing in it by hitting it, we hear the voice!
And the sound, Boudiou! I was wondering how do like the pubs in the movies to have such terrible voice, now I know.
I was also on the c.. after a test taken on cymbals: the SM57 can return to play in his sandbox ...
Another interesting test: I compared with the 835 and 945, whistling in it, there's no picture (the others are still good to sing). Oh yes, the "p" and "s", it goes nickel.
I can not say for value since I do not know the price (bought in a set of four microphones for 2000 euros, including a set Sennheiser ME20 + ME40 K2N + + + ME80 telescope.), Then proceed to the opposite to that quality, I give a price between 400 and 500 euros.
I have not really made a choice by buying it, but it is ultimately a pleasant surprise so no regrets, on the contrary.
Here's a real micro pro who deserves his place in the range of any sound-maker in search of quality tools, ah that's not the china-toc!

Sennheiser MD 21 manuals and other files