Be it to master a song, do some sound design, manipulate audio files or edit samples, the audio editor is a very precious tool in your creative arsenal. We chose nine paid audio editors from which you selected five. And here they are! 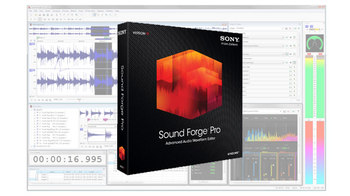 Originally developed by Sonic Foundry and then bought by Sony — who, like Adobe, is always looking to expand its offering of audio and video production software —, Sound Forge is still after many years a reference when it comes to audio editing on a PC. Plus, it's one of the most flexible editors out there in the region of $400. Audio post-production, mastering, sampling, restoration: it can comfortably cover all such applications and is relatively easy to use with its clear and plain interface. Plus, it provides numerous house-own plug-ins and some others signed by iZotope.

Among the not-so-good things, we can say that the recent Mac version is far from measuring up to the PC version — functionally speaking — , while the software has struggled to evolve after several versions, it's like if Sony lacked ideas or vision for the latter, especially considering that it would be very easy, for example, to integrate SpectraLayers Pro, at least partially, to make it a superb tool… 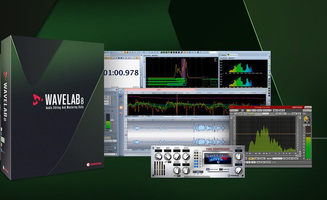 Wavelab is one of the first audio editors that appeared on the market (dating back to 1995) and it is still mainly the work of one single (French)man: Philippe Goultier. 18 years later, the software is in its 8th version and has had a nice evolution while adding plenty of features. It allows us to work at 384 kHz/24 bits and use several monitoring systems, besides providing a good number of processing tools to its users, like Voxengo's CurveEQ and iZotope's MBIT+ Dithering. Also noteworthy are multichannel support, spectrum editing, morphing, Red Book CD burning, and the integration of the EBU R128 norm. Even if its price tag is pretty high (around $500, Mac and Windows compatible), it doesn't support video nor Audio Unit plug-ins, it's somewhat awkward to use and has a dated design, Wavelab is still a reference in its field.

Initially developed by Syntrillium under the name Cool Edit Pro and bought by Adobe ten years ago to integrate it within its CS suite to replace Soundbooth, Audition is a multitrack audio editor for Mac and PC that is decisively aimed at audio post production, multichannel editing and audio restoration. For a time it toyed with the idea of becoming a true audio/MIDI sequencer before Adobe changed its mind (Audition 3 featured a MIDI sequencer and supported VSTi). 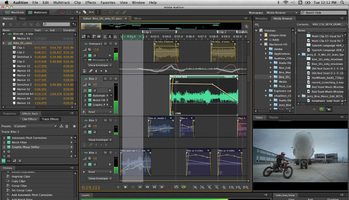 Among other interesting things, we can mention that it was one of the first software programs to include a spectral editor — an excellent one we should add —, yet integrating several features to simplify the lives of sound editors (automatic vocal synchronization, control surface support, batch processing and editing…), and everything while being compatible with bigger programs: Premiere, obviously, but also Pro Tools and Final Cut via XML and OMF formats. Nevertheless, its most original aspect is the business policy deployed by Adobe with Creative Cloud: while you can still find Audition CS6 for around $350 in stores, its latest version to date, Audition CC, is only available for rent. This means that you can only gain access to the software  for $20/month or  $62/month (as part of the complete Creative Cloud suite) on an annual plan. A system that might prove very interesting for users that have occasional needs. Adobe also offers discounts for students and teachers. 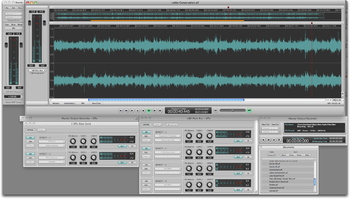 DSP Quattro is the work of an Italian publisher, Stefano Daino, and is only compatible with Apple's OS X. Daino claims he rewrote 90% of the code for the latest update, so the software is pretty alive. It also stands out from the rest of products thank to its modular design, including mastering and audio CD burning tools, a multieffects processor, synthesizers, and even recording features. It lacks video support and its pitch shift/time stretch algorithms can be improved, but it has one of the best quality/price ratios ($99). 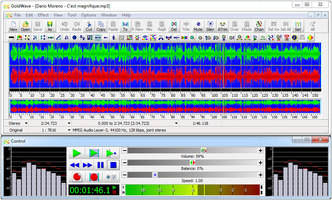 The Tom Thumb in our selection is already… 20 yeas old! Its main argument? The price: $59 for a lifetime license or $19 per year. As for the rest, we must admit that this shareware, available exclusively for PC,  has a relatively dated interface and lags behind significantly in technological terms when compared to competing products: no 64-bit version, no surround support, etc. Nevertheless  it does have some original features, like the integration of synth and voice recognition modules.