Headphone mix for the singer - Part 4

In this fourth part you'll learn how to fine-tune the cue mix for the singer by improving the ordinary in no time.

Plastic surgery with an ax…

Before we begin, I'd like to point out that the following steps apply exclusively to the sound sent to the singer's headphone mix! The signal you will be recording in parallel should always remain completely raw to preserve as much information as possible for the mixing stage.

And one last detail I would like to bring to your attention is the interdependence of the recording level and the cue mix, as we mentioned in step 2 last week. This unavoidable link will force you to check your levels at each of the following stages.

Start by EQing the vocals in the cue mix. There's no need to be subtle and/or precise at this time: a simple low-pass set quickly to counteract the proximity effect inherent to cardioid mics, if needed, a light "skimming" in the low mids with a peak filter, and maybe a couple of dBs in the high end with a shelving filter ought to make the cue signal much more pleasant for the singer. Make sure to always ask the singer if what you are doing works for him/her. 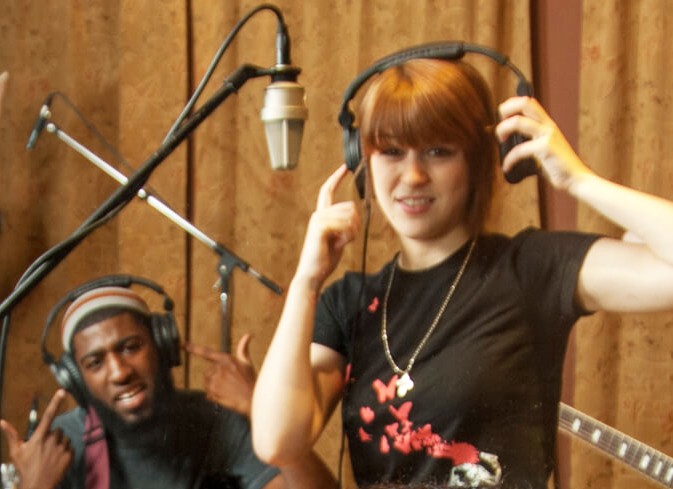 Next, tackle the signal's dynamics. Once again, remember you are not in the mixing stage here, so your goal shouldn't be to go into any subtleties. The idea is to make sue that the singer can hear him/herself just as good throughout the loudest and softest passages of the song.

While you are dialing in the compressor, avoid the pumping effect and emphasizing any unwanted noise (breathing, tongue clicks and other mouth noises) because they will have an impact on the performance.

Do note however that some singers do not like their precious voice being compressed, especially the most seasoned among them. In fact they prefer the fluctuations and/or are able to control them themselves playing with the distance to the mic, for instance.

Now add some reverb or delay. Some purists are no fans of this, but that's rare and even for them a light and discrete Room reverb will contribute to make the cue signal sound more real or "natural," which will make their performance easier. It might be interesting to dig into typical effects, like a slapback delay, a somber plate or a bright room to match the feeling of the track your recording. This will help the singer to get into the mood of the song. But be careful not to overdo it because if the voice has too much delay and/or the reverb is way too luxurious during tracking, it might result in the singer having tuning and/or timing issues.

Go back to the overall volume of the pre-mix. Start pulling it up until you reach a level that's comfortable for the singer but make sure not to exceed the reference volume you had written down during the first step you saw last week. If the singer asks you to increase the playback level beyond that, it means there's an issue and you should try to resolve it by balancing the vocal signal and the playback rather than increasing the level of the latter beyond what's reasonable.

To finish, make any retouches to the playback according to the desires of the singer. At this stage it might also be wise to fine-tune the pre-mix a bit to give the vocals a little push. Some EQ and compression will help the vocals cut through the cue mix, which will make the life of the singer easier.

And that's it. Following these seven steps you should be able to create a comfortable cue mix for the singer. This will obviously take some time to put into practice at first, but once you get the hang of it, you can go through the entire process in less than 15 minutes. Next week we'll see how to put this technique to the test with a practical example.