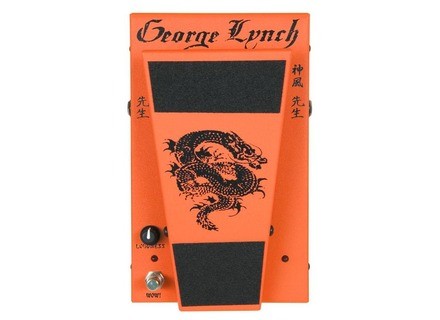 delaymaster's review (This content has been automatically translated from French)

Entrance, exit, an external power supply is enough. To clarify: the pedal works in true bypass.

Two types of switchable wah available through the switch "wow!" and a potentiometer that is used to boost the sound of 15 db max.

Like all Morley pedals, no switch startup n 'is present, the effect is controlled optically.

Very easy to use. We have just set foot on the pedal and that is gone.
To change the type of wah, this is a switch accessible on the left of the pedal.

Well that is the morley so it sounds very clean compared to the crybaby, vox, etc ...
Standard wah sound of the pedal is very nice, responds to n 'matter what kind of pickups (single coils or humbuckers) and is very comfortable on a high gain amp.
Saturates the pedal end of the race so use to be uncommon on a clear sound.
In the crunch, the sound is very nice and you can play the British rock without any problems if one is not an aficionado of vintage sound.
His favorite playground is the Lead channel. Indeed, the wah is so clean that one draws sounds very similar to Steve Vai at the end of "For the love of god" just imitating the voice of a baby.

Finally, his "wow!" is more like a wah effect coupled with a Lo-Fi. Then forget the clear sound, this setting even more saturated than the last. This is a very interesting but in a desire to "hack sound."

The boost knob is useful if you did not boost and / or if you did need a headroom as you access the wah.

I have received this morning for 188 euros and probably I would do the same choice.
I am far from disappointed with this pedal (which is nice too!).
She 's very cheap for a signing limited edition model with new features such as switch "wow".
Note that a certificate of authenticity as well as a voucher for a listing of 30 days at the dojo George Lynch (typed during shred) are provided in the box of the pedal.