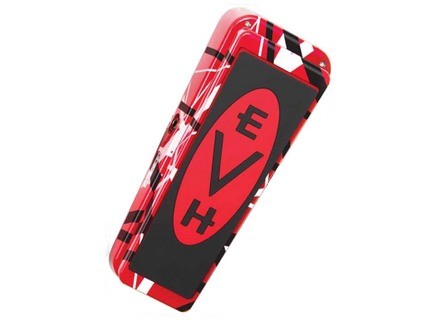 MXR EVH95SE EVH Wah 35th Anniversary
5
So let’s start with the beginning : I got this limited edition pedal for cheaper than the normal edition at thomann.

It really looks particularly good.
The red paint with black stripes looks really great, plus it seems thick so no risk that it eventually goes away.
The pedal seems sturdy, it’s all made of metal and there’s even a rather nice grip on the upside so you don’t slip when pressing it.

Soundwise finally, I consider it sounds exactly as you’d expect from a wah. It remains precise no matter the position.

The 2 small blue LEDs that signal when it’s switched on clearly are a good idea.
No noise when you press the pedal.

Overall, I have only good things to say about it, it even features a true bypass.
No cons that I’ve noted.