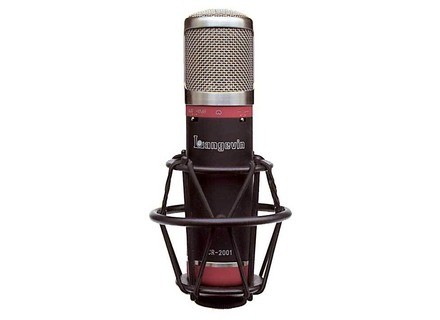 Danbei's review (This content has been automatically translated from French)

Langevin CR2001
5
I bought it used. The suspension was very movaise state, I do not know if it was bad origin or if it was very, too damaged. I use a supension Audio Technica AT8449 is very good also.

I used it for about six months to record sung and rapped vocals and guitars.

Unlike other reviews, I especially noticed a big bump in acute extraimes which is very pretty, but I have a problem sometimes for people who have "s" very acute.

For male voices is great, even for very low voice.
Very good for female voices, but also less impressive.

Good for guitars too, but more difficult to place with my little experiment.


Other than this microphone, I mainly used a AT2020 and AT4040, not the same category. The AT 4040 has a rather muffled sound (ie some medium and upper medium), which is probably why the bump in acute CR2001 hit me.

I remake that choice without a doubt!

Langevin CR2001
4
I had a pair and I have used it for drum recordings (Overhead LR)
Can be used for any type of recording.

Very good value for money, I would do this choice and even regret having sold!

scarabeo's review (This content has been automatically translated from French)

I bought it in Playback 1 month ago and 1 / 2 Outlet (719 with a Joemeek Six Q!).
This is a super micro objectively. I knew the brand because the Backstage sold 6 years ago but I did not dj the leap ...
The sound is fine and prcis Retailer. Possdais I used a TB -1 with Tampa, and many new setup is a step up.
I do not regret the TB-1 is super micro lamp, but more silent "draft" in the lower medium and more serious "emptquot;. The CR does not radiate as a TLM 103 by ex, and overcomes many limitations of the home studio.
In addition, the CR is really well done. In comparison, the TB-1 silent light that level for a normal Coren 350.
A good challenger in perspective.

Northern People's review (This content has been automatically translated from French)

I use it for one month on guitars, drums, bass, vocals ...

Trs trs is good. Much better than the Studio Projects for example.
The sound is prcis trs, trs net equilibrated and enjoyable.