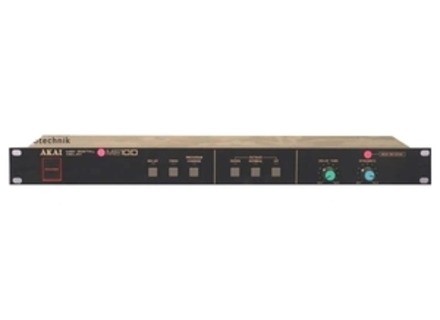 Lux Inferno's review (This content has been automatically translated from French)

Usage: this thing is a delay noon, so it does him gnre same no audio, does not alter the audio signal, via connection noon he RPTE a note that you just played. The note "double" may be playing the same pitch, an octave higher or an octave LOWER. Its dynamics can also be modified. The last note from which the BPS may also be played via a parameter is potentiomtre.

Intrt: located in the right place in a chain hardware midi, you can get a fun fact (one which responds 2 me its which responds at first with a very short time dlai for example). Inserted before a single synth it may also give a fun effect giving more dynamic note RPTE them, without complicating their lives a whole lot of programming tricks. In rsum this is a Plutt Octave noon.
Recommended for use live, as it is equipped with a bypass.
(It seems he could also catch the dcalage noon in a big chain afternoon (from 4 to del instruments).

As you guessed APRS reading the previous paragraph, no drivers, no update, no software and no possibility of saturation. So no cot.
Its use is super intuitive when you understand what the afternoon, in 1 minute, you master the delay noon.

I've since its release, it is part of the whole series of boxes half racks Akai (MB 76, PEQ 6, ME30 P) in the 80s. I was using a squenceur Behind Alesis MMT-8, it is nice to use, the problem remains that not a single note rept, damages for delay, the notion of "double" or of "octave" midi is closer to the reality of this case.